TEHRAN, December 5 - Head of Atomic Energy Organization of Iran (AEOI) Ali-Akbar Salehi said that Iran’s 2015 nuclear deal with P5+1 is a operational agreement although some were trying to damage it. 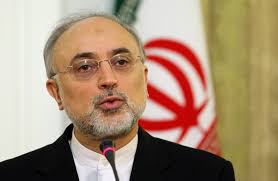 TEHRAN, Young Journalists Club (YJC) - Speaking on the sidelines of the 31st Islamic Unity Conference in Tehran on Tuesday, he expressed hope that the nuclear deal, officially known as the Joint Comprehensive Plan of Action (JCPOA), would be preserved as Europeans, Russia and China have resisted in protecting the deal, because it is in favor of Iran and the international community and an element to improve the Non-Proliferation Treaty (NPT).”

As to regional developments, he said, regional crises are artificial and they would be detrimental to the crisis-making countries, adding, those making crises in the region would be stuck in a crisis they made it themselves.