TEHRAN, December 5 -Yemen’s Houthi Ansarullah movement says the country’s former president, Ali Abdullah Saleh, “was not honest” in his confrontation with the Saudi-led military coalition as he was collaborating covertly with Riyadh, describing Saleh’s era as the “worst” in Yemen’s history. 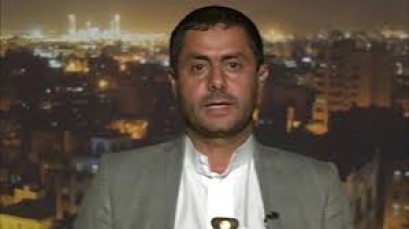 TEHRAN, Young Journalists Club (YJC) -Yemen’s Houthi Ansarullah movement says the country’s former president, Ali Abdullah Saleh, “was not honest” in his confrontation with the Saudi-led military coalition as he was collaborating covertly with Riyadh, describing Saleh’s era as the “worst” in Yemen’s history.

Yemen’s Houthi Ansarullah movement says the country’s former president, Ali Abdullah Saleh, “was not honest” in his confrontation with the Saudi-led military coalition as he was collaborating covertly with Riyadh, describing Saleh’s era as the “worst” in Yemen’s history.

Mohammad al-Bukhaiti, a top figure in the Political Council of Yemen's Houthi Ansarullah movement, made the remarks in an interview with Press TV on Monday, hours after Saleh was killed in clashes between his militia and the Houthi fighters on the outskirt of the capital Sana’a.

The Houthi official described the death of Saleh on Monday as a landmark and major turning point in Yemen’s history since a “dangerous plot against the nation” had been foiled by Yemeni forces.

"Today Yemen is witnessing a historic phase, maybe one of the most historic phases... The most dangerous conspiracy against these people was toppled," he added.

"We also have the end of the era of Saleh which was the worst era in the history of Yemen. We have entered a new phase. I would add that we have filled the gaps inside the country," he noted.

"Because Saleh wasn't honest in confronting the aggression, he was collaborating with this aggression secretly and not publicly or overtly," he added.

"Despite internal sedition, despite all this, the front against the aggression has not been affected... despite many of the fighters being preoccupied by defusing this sedition," he further said.

The people support the Houthis

"But the people were able to overcome this because the will of the people is in support of the leadership of Abdul-Malik al-Houthi and against this aggression.

"This historic moment will have a lot of repercussions. At the local level we will be able to fill all of the gaps...and will be able to focus on confronting the foreign aggression... and also they haven't realized that this was the last tool they had," he also noted.

"Using the new cruise missiles against the UAE will also have a big impact on changing the future of Yemen and the whole region," he stated.

Sedition in Yemen has ended

"The popular leaders of his party were stunned and shocked by his statement. Just the day before he said he was against the aggression and in the period of one hour he announced that battling this aggression was useless," he also said.

"The supporters of the party had become vigilant. This now pushes more and more people to battle front because Saleh was disputing or preventing many of those in his party from going to the front and fighting the aggression."

"The countries launching the aggression used all of their cards. At the beginning by their direct military intervention they would sway the battle in their favor, but this did not happen," he added.

"So they once again depended on some Yemeni components to support them. But this also did not lead anywhere. When they were incapable of confronting the Yemeni fighters on the borders Saudi Arabia tried to use Yemeni fighters to protect its own borders, but this card also did not achieve any successes," he noted.

"So trying to use a foreign aggression, using political divisions, all of these cards didn't achieve success. So what remained was to pin their hopes on the internal crumpling or collapse and suffering of the Yemeni people," he further said.

"When Saleh spoke he did not only speak of changing his stance from confronting the aggression to one who was calling for the aggression but he actually gave the impression that the success of sedition and treason against us would translate to the end of the war and the end of suffering," he added.

"Now this card has fallen, the card of sedition has fallen from Saleh's hands," he said.

"Trying to us the economy as a weapon also didn't have any impact on the country and increased the Yemeni peoples' hostility towards this campaign," he added.

He added that the talks with Saleh's party may be possible after they chose a new leader.

"What is required no is that the honorable clean leaders in Saleh's party must be in the forefront and chose a noble leadership," he said adding that if they do so they will be supported.

Bukhaiti also denied reports of ongoing clashes in the capital Sana'a, stressing that they were lies being spread by foreign news agencies.

"These are absolute lies, we only here the bombings from the Saudi warplanes... which are now bombing the civilians," he said.

Yemen’s Interior Ministry issued a statement on Monday, confirming the death of Saleh, during clashes in capital Sana'a.

The ministry added that Yemeni forces, backed by fighters from the popular Ansarullah Houthi movement, were in full control of all positions previously held by Saleh’s militias in Sana’a.

Hours later, Leader of Yemen’s Ansarullah movement, Abdul-Malik al-Houthi, said in a televised message that the movement had managed to thwart a major threat to the country’s security by defeating the plot hatched by Saleh and his forces.

He added that despite his early pretense about being opposed to Saudi aggression, Saleh finally changed course and took sides with the aggressors.

Noting that recent positions taken by Saleh were openly in favor of Yemen’s enemies, the leader of Ansarullah said Saleh’s positions, which were backed by a united media front of the enemies even took members of his own party by surprise.