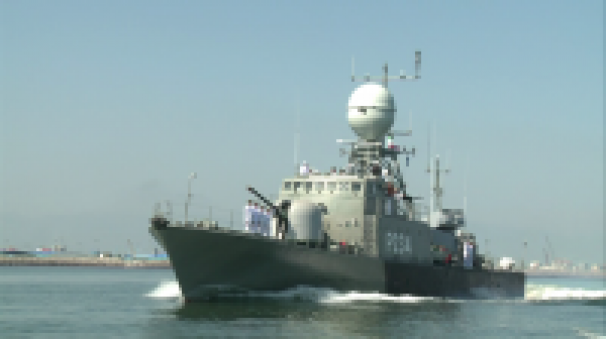 TEHRAN, Young Journalists Club (YJC) - Commander of Iran's fleet of warships in the northern province of Gilan, Admiral Ahmad Reza Bagheri said that the missile launcher has been manufactured by Iranian experts and it is one of the most modern ones in terms of communications equipment and weapons systems.

Fast operation, high speed, surface-to-surface missile system and anti-aircraft defense system are some characteristics of the system, he said, adding, the missile launcher took two and a half years to be built.

Joining the system to the navy is a large step for keeping and promoting might of the Islamic Republic of Iran in the Caspian Sea which is the sea of peace and friendship, he said.

Bagheri noted that the system is capable of competing with modern systems of the world and can work in various weather conditions.

It has been equipped with surface-to-surface missile systems, fire control radar to trace fighter jets and cruise missiles.