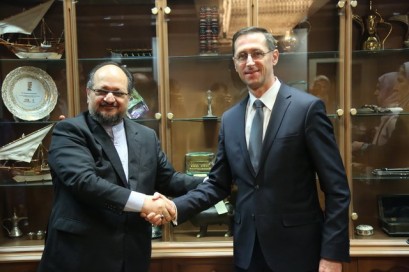 TEHRAN, Young Journalists Club (YJC) - Iran and Hungary signed a MoU to manufacture 1000 Ikarus Bus which can be increased by 2000 ones, Iranian Minister of Industry, Mine and Trade Mohammad Shariat-Madari said in a meeting with Hungarian Minister of National Economy Mihaly Varga here in Tehran on Tuesday.

He also said Iran and Hungary can work in IT, ICT, light and heavy auto manufacturing, petrochemical and oil and gas industry.

The Iranian official said that the volume of exchanges between the two countries rose by 100 percent, reaching $80 million, comparing to the figure in 2015.

Varg, for his part, welcomed joint investment in the two countries, saying, “There is no problem to start investment. Bilateral talks started in Iran’s Chamber of Commerce on Monday.”

Businessmen of the two countries have signed 4 MoU so far.

“It is quiet important for us that Ikarus buses start moving in Iranian roads. We are considering cooperation with Iran in building Trolleybus.”