TEHRAN, December 5 - Spain has withdrawn a European arrest warrant for Catalonia's sacked leader Carles Puigdemont and four of his deputies, who fled to Belgium after the regional parliament declared unilateral independence, the Supreme Court said Tuesday. 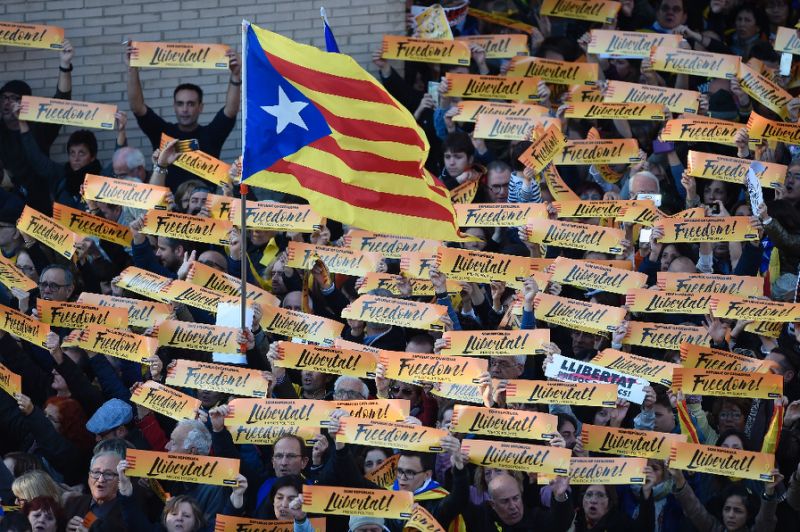 TEHRAN, Young Journalists Club (YJC) - In a ruling, Judge Pablo Llarena decided to withdraw the warrant as the five "appear to have shown their intention to return to Spain" to take part in regional elections on December 21.

But Llarena, who is in charge of the case, has retained the Spanish arrest warrant, which means they will be detained upon arrival in the country, court sources said.

The judge said the European warrant would complicate the overall probe into the region's leaders.

Some of them are still in Spain -- either in jail or out on bail -- and are facing charges of rebellion, sedition and misuse of public funds.

He said Belgium could reject some of the reasons for the warrant, meaning it could agree to the extradition of Puigdemont and the four others -- but with restrictions, and only for certain offences.

This in turn would stop Spain from investigating the restricted offences, thereby creating inequalities with those already held in Spain who would be probed on the full charges, Llarena argued.

It is unclear what charges would have posed a problem, but there has been controversy in Spain over the offence of rebellion, which carries up to 30 years in jail and has been criticized as "disproportionate" by some critics in the legal world.

Llarena also said he had dropped all other "international" warrants, without giving further details.

The unexpected decision comes a day after Puigdemont and his four colleagues attended an extradition hearing in Brussels, with the Belgian judge due to give a decision on December 14.

"This means yesterday's hearing went much better than we thought," he said.

Paul Bekaert, another of his lawyers, told Belgium's L'Echo daily the Catalan leader would "not leave Belgium."

The decision also comes after the Catalan election campaign kicked off, with Puigdemont speaking to supporters in Catalonia on Monday night via video link.

The Madrid authorities "want to raise as many difficulties as possible so we can't campaign on an equal footing with the other candidates," he told a party rally in Barcelona.

Madrid called the new elections after the independence declaration on October 27, while dismissing Catalonia's government and suspending the region's autonomy. It hopes the polls will restore normality to the region.

Twelve of the 13 members of the sacked Catalan government are standing in the election, with Puigdemont and his deputy Oriol Junqueras -- who is still in jail -- competing to head the separatist camp.

In the last regional election in 2015, separatist parties captured 47.8 percent of the vote, giving them an absolute majority of 72 seats in the 135-seat Catalan regional parliament.