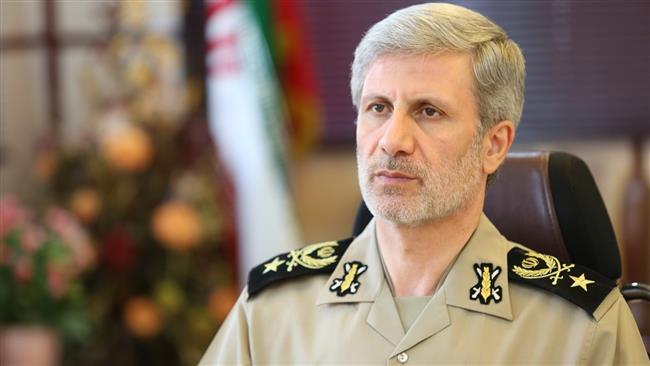 TEHRAN, Young Journalists Club (YJC) - Speaking at a naval base in the northern port city of Anzali, Brigadier General Amir Hatami said Iran is open for mutual defense cooperation with the countries of the region.

“Such (military) cooperation would continue as long as the security of the region and its people is preserved,” the minister added.

He made the comments in a ceremony held to bring into service the country’s newest homegrown missile-launching corvette, dubbed Separ (shield), in the Caspian Sea.

Describing Separ as the symbol of self-reliance and determination, Brigadier General Hatami said the locally-manufactured vessel would convey the Iranian Navy’s message of peace in the sea.

Separ, 47 meters in length and around 4 meters in height, can sail at a maximum speed of 35 knots. It is equipped with various locally-made advance weapons, including surface-to-surface missile systems, naval guns, and fire control radars capable of detecting fighter jets and cruise missiles.

In recent years, Iran’s naval forces have increased their presence in high seas to secure naval routes and protect vessels against pirate attacks.