Damascus could have been in danger without Tehran’s support: US analyst

TEHRAN, December 6 - A California-based political analyst hailed recent liberation of the last strongholds of Daesh (ISIS or ISIL) terrorist group in Syria and said without Iran’s advisory support, many more Syrian lives would have been lost and Damascus could have been in danger. 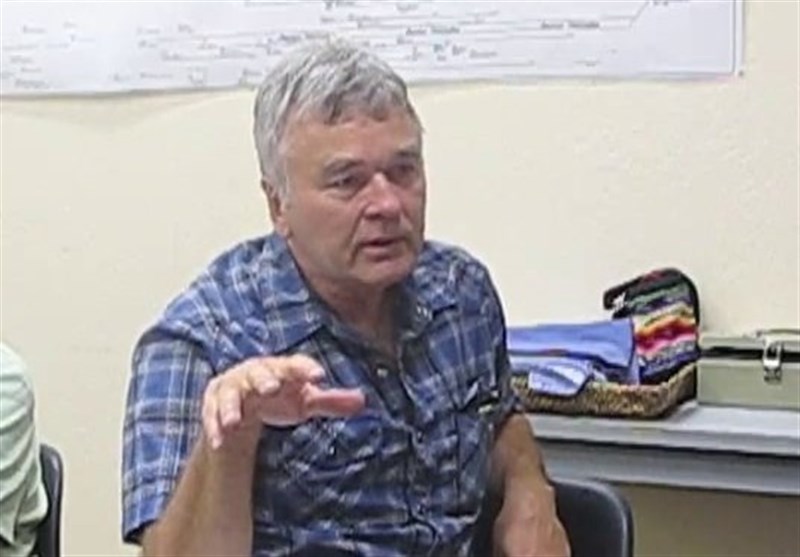 TEHRAN, Young Journalists Club (YJC) - “Hundreds of Iranians and Lebanese have given their lives supporting their Syrian brothers and sisters,” Rick Sterling from San Francisco Bay said in an interview with the Tasnim News Agency.

“Without that support, many more Syrian lives would have been lost and Damascus could have been in danger,” he added, pointing to Iran's advisory assistance to Syria in the war against Takfiri terrorists.

“The Iranian forces have helped their Syrian brothers and sisters weather the storm and turn the tide,” he noted.

Rick Sterling is a retired aerospace engineer who now writes about international issues.

As a member of the Syria Solidarity Movement and a prominent analyst, his works and interviews have appeared in media outlets around the world.

Tasnim: As you know, the resistance forces and the armies in Syria and Iraq have recently liberated last strongholds of Daesh (ISIS or ISIL) terrorist group in the Arab countries. What do you think about the recent military achievements? Do you have a positive perspective on the security situation in Syria?

Sterling: It is tremendously positive that Syria and allies have resisted and appear close to defeating the terrorist armies, which have besieged Syria for the past six years. The armed opposition was supported by many of the richest and most powerful countries in the world - from the US, UK and France to the Persian Gulf monarchies plus Turkey and Israel. They were all involved in this ugly sectarian campaign to destroy one of the oldest civilizations on earth. With support from its allies, Syria has withstood the political, information and military assault intended to break down the country.The defeat of ISIS / Daesh is very important but it seems premature to declare victory.

There are Turkish and American troops on Syrian soil in the north and east. When are they going to leave? Meanwhile, Nusra/Al Qaeda terrorists still dominate and control Idlib province and other areas in the south and even the outskirts of Damascus. The situation and trend is very positive but the conflict is not over. The enemies of Syria have not yet given up. They are still trying to manipulate the US into direct military involvement.

Tasnim: Major General Qassem Soleimani, the commander of the Quds Force of Iran’s Islamic Revolution Guards Corps (IRGC), recently declared the collapse of the Takfiri terror group in Iraq and Syria. What is your assessment of Iran’s role in the anti-terrorism campaign in the Middle East region?

Sterling: About one hundred thousand Syrian soldiers have died defending their country. Alongside them, the Iranian and Lebanese forces have provided crucial moral and military support. Hundreds of Iranians and Lebanese have given their lives supporting their Syrian brothers and sisters. Without that support, many more Syrian lives would have been lost and Damascus could have been in danger. The Iranian forces have helped their Syrian brothers and sisters weather the storm and turn the tide. This may be a historic turning point.

Tasnim: Secretary-General of the Lebanese Hezbollah Resistance Movement Hassan Nasrallah said recently that despite the US claims about fighting terrorism, it spared no effort to help Daesh forces in the Syrian town of Albu Kamal. “The US helped Daesh as much as it could in Albu Kamal short of directly engaging forces that fought to liberate the town from Daesh,” the Hezbollah leader noted. What do you think about the remarks?

Sterling: Nasrallah’s statements are remarkable. He gives detail such as the US drone operations which helped Daesh by providing video. He also describes how the US was using electronic warfare to disrupt the mobile communications of the Syrian army and allies. A few weeks ago the BBC ran a photo story showing how the US and UK helped Daesh forces depart Raqqa and travel to Albu Kamal. The US has used ISIS / Daesh as a dirty part of its arsenal. ISIS was the justification for the US to be in Iraq and Syria. Now that the Daesh is no more, there is no more justification. The US needs to leave Syria but they are looking for a justification to stay.

Share to
Related News
Disarmament of Hezbollah out of agenda in Lebanon: Naim Qassem
US concerned Russian aircraft behavior could spark clash over Syria
Tags
Iran ، US ، Syria
Your Comment