India to export container cargo to Russia via Iran from Jan 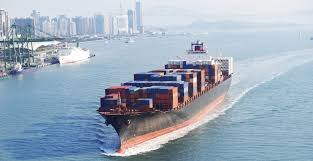 TEHRAN, Young Journalists Club (YJC) - The move, he said, would cut down cargo transport time by half to nearly 17 days, from the earlier 35 days, using just the sea route.

"India will shift its first export consignment via Bandar Abbas to Russia from mid-January. It will probably transit Iran, Azerbaijan and then reach Russia," Kumar told reporters on the sidelines of a Ficci event here.

The Customs department has been receiving a lot of enquiries from garments and pharma sectors for using this route, he said, adding that the route would help in saving money as well as time.

"This initiative will operationalize the INSTC," Kumar said.

Currently, one has to either use Rotterdam port or land route via China to reach Russia and Central Asia. These are long, expensive and time-consuming.

Kumar said India has become the 71st country to ratify the United Nations TIR Convention with an aim to boost trade and regional integration across South Asia and beyond, fast- tracking the region's potential to become a strategic trade hub.

Ficci has been appointed by the CBEC as the National Guaranteeing Association for the operation of the TIR system in India.

About functioning of the association, Kumar said the exporter fills in a document in the country where the export starts and the body guarantees making good the duty for these goods in case these do not reach the destination safely.