US, EU credibility at risk over Iran nuclear deal: Academic

TEHRAN, December 6 - The United States’ reneging on its commitments under the 2015 Iran nuclear deal and the European Union’s failure to force Washington to abide by its obligations under the international agreement will harm both American and European credibility, says an academic. 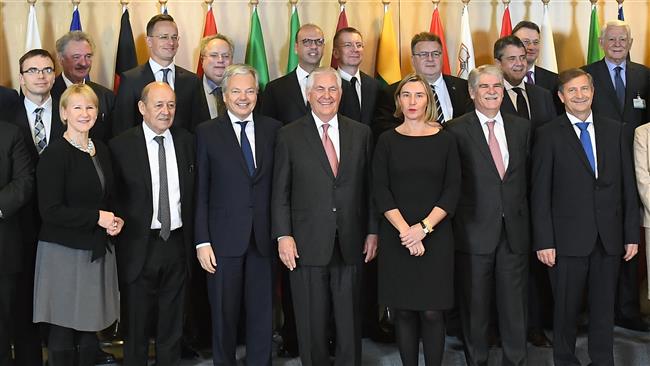 TEHRAN, Young Journalists Club (YJC) - It is clear that the credibility of the EU and the United States is “on the line” and “if they do not abide by the [Joint Comprehensive Plan of Action] JCPOA, then they [will] no longer have any credibility in [the] international community,” Mohammad Marandi told Press TV on Wednesday.

The Europeans signed the agreement and if they bow down to the United States; then, they will show themselves weak and ineffective and that makes them insignificant players in future in any international negotiations, the professor at the University of Tehran said.

Marandi also underlined that the JCPOA is only about Iran’s nuclear program and that it has nothing to do with the country’s regional policy.

The European Union foreign policy chief, Federica Mogherini, has warned of the adverse consequences of a possible US move to step away from the 2015 landmark nuclear deal, saying it would be counterproductive.