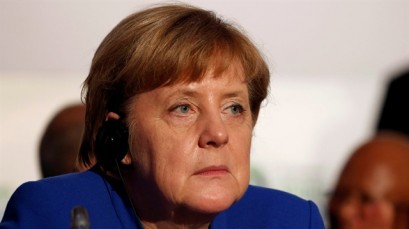 TEHRAN, Young Journalists Club (YJC) - “The German government does not support this position because the status of Jerusalem is to be resolved in the framework of a two-state solution,” Merkel’s spokesperson Steffen Seibert said in a statement on Twitter.

During his election campaign last year, Trump repeatedly promised to relocate the U.S. embassy from Tel Aviv to Jerusalem.

Speaking at a press conference in the Belgian capital, Brussels, Mogherini warned that Trump's decision "has a very worrying potential impact."

"It is a very fragile context and the announcement has the potential to send us backwards to even darker times than the ones we're already living in," she added.

Trump's move sparked worldwide condemnations with warnings of more tensions in the occupied territories, according to Presstv.