TEHRAN, December 7 - Rohingya refugees continue to flee Myanmar for Bangladesh even though both countries set up a timetable last month to allow them to start to return home, the U.N. refugee agency (UNHCR) said on Thursday. 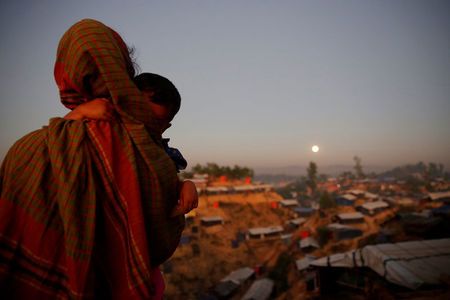 TEHRAN, Young Journalists Club (YJC) - The number of refugees appears to have slowed. 625,000 have arrived since Aug. 25.

"The refugee emergency in Bangladesh is the fastest-growing refugee crisis in the world," said deputy high commissioner Kelly Clements. "Conditions in Myanmar's Rakhaine state are not in place to enable a safe and sustainable return ... refugees are still fleeing."

"Most have little or nothing to go back to. Their homes and villages have been destroyed. Deep divisions between communities remain unaddressed and human access is inadequate," she said.

Bangladesh and Myanmar agreed on Nov. 23 to start the return of Rohingya within two months. It did not say when the process would be complete.

Myanmar's security forces may be guilty of genocide against the Rohingya Muslim minority, according to the top U.N. human rights official this week. Mainly Buddhist Myanmar denies the Muslim Rohingya are its citizens and considers them foreigners.

UNHCR would make a fresh appeal to donors for funds after the end of February in next year, Kelly said.