TEHRAN, December 8 -The U.S. Congress moved rapidly on Thursday to send President Donald Trump a short-term funding bill to avert a government shutdown this weekend, leaving fights over budget priorities and a range of other controversial issues for the coming weeks. 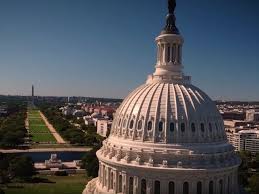 TEHRAN, Young Journalists Club (YJC) - The U.S. Congress moved rapidly on Thursday to send President Donald Trump a short-term funding bill to avert a government shutdown this weekend, leaving fights over budget priorities and a range of other controversial issues for the coming weeks.

The House of Representatives, working against a Friday midnight deadline, approved legislation in a 235-193 vote to fund a wide range of federal programs through Dec. 22.

The Senate followed up by approving the bill 81-14. The White House has said Trump will sign it into law.

The measure creates more time for a reckoning between Republicans and Democrats about budget differences, which Trump discussed in a meeting with leading lawmakers at the White House earlier in the day.

“We hope that we’re going to make some great progress for our country. I think that will happen,” Trump said.

The White House said negotiations would resume on Friday.

Leaders now have about two weeks to find common ground on a host of thorny issues for the next government funding bill in order to prevent a partial government shutdown on Dec. 23.

Both sides want to avoid having parts of the government close, particularly during the holidays, for fear of a public backlash, and leaders from both parties have preemptively blamed the other for such a potential outcome.

That political blame game is likely to continue in the next two weeks while, behind the scenes, leaders hammer out a compromise.

Republicans mainly want a big increase in defense spending for the fiscal year ending Sept. 30, 2018. But Democrats are insisting that any added Pentagon funding be accompanied by increases to other domestic programs.

Democrats also want to enact into law protections for nearly 700,000 undocumented immigrants who were children when they were brought into the United States.

Republicans want a much wider series of immigration law changes to further clamp down on foreign arrivals, and they want immigration negotiations to be held on a separate track from the government funding bill.

Democrats also want to shore up the Affordable Care Act, known as “Obamacare,” by reviving federal subsidies for low-income people in the program.

The two Democrats said in a statement that the meeting on Thursday was productive but nothing specific had been agreed. Defense Secretary Jim Mattis joined the group to discuss military matters.

The White House foresees a compromise with lawmakers that will include increases in defense and non-defense spending, White House legislative affairs director Marc Short told Reuters.

He said the White House wants a deal that covers spending for fiscal years 2018 and 2019.

Earlier on Thursday, Schumer said Trump seemed to be rooting for a shutdown and warned that, if one occurs, “it will fall on his shoulders.”

“His party controls the Senate, the House and the presidency,” he said. “Nobody here wants to see a shutdown. We Democrats are not interested in one.”

Pelosi said Democrats were not willing to shut down the government over the Deferred Action for Child Arrivals (DACA) immigration program, but she also said “we will not leave here without a DACA fix.”