TEHRAN, December 8 - The Vatican needs to bring cases of suspected money laundering to trial, a European finance watchdog urged on Friday, saying the good progress made by its financial regulators needed to be matched by judicial muscle. 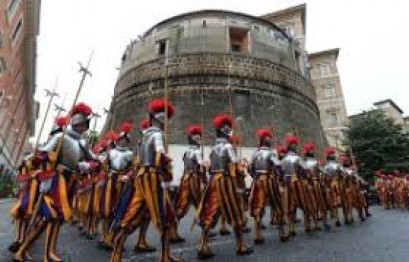 TEHRAN, Young Journalists Club (YJC) -Moneyval, the monitoring body of the Council of Europe, said the Vatican’s prosecutor also should be more “proactive” in other financial crimes, such as corruption, embezzlement or abuse of office, and “actively consider appealing sentences which he considers unduly lenient”.

“On the law enforcement side, after five years of development of (anti-money laundering legislation) it is somewhat surprising that no prosecution or indictment has so far been brought before the (Vatican) tribunal which involves a count of money laundering,” the report said.

It said the success rate of the prosecutor before the Tribunal “is so far not encouraging”.

In a statement, the Vatican acknowledged “there are still areas for further improvement, in particular as regards law enforcement and the judicial side”.

Pope Francis has made cleaning up Vatican finances a priority since his election in 2013, and Holy See staff worked with the Moneyval evaluators. But his efforts appear to have hit obstacles in recent months.

The Vatican’s finance minister, Cardinal George Pell, has taken an indefinite leave of absence to face accusations of “historical sexual offences” in his native Australia. He denies them.

The 200-page report generally praised the work of the Vatican’s financial intelligence authority, known by its Italian acronym AIF and headed by Swiss lawyer Rene Bruelhart.

It said the number and quality of suspicious activity reports sent to the AIF by Vatican departments or individuals had increased significantly, meaning the bureaucratic reporting procedures “have steadily improved”.

The AIF passes on reports it deems worthy of further investigation to the prosecutor’s office. But the report lamented the lack of prosecution in cases of suspected money laundering.

In 2015, for example, an investigation was opened after an internal report said a department of the Holy See that oversees real estate and investments was used in the past for possible money laundering by Italian bankers, insider trading and market manipulation. The case still has not gone to trial.

In April, Italy put the Vatican on its “white list” of states with cooperative financial institutions, ending years of mistrust.

Hundreds of suspicious or dormant accounts at the Vatican bank, which was the officially known as the Institute for Works of Religion (IOR) have been closed in recent years. The Moneyval report said the AIF’s supervision of the IOR “is now firmly established”.