TEHRAN, December 8 - Afghanistan and Uzbekistan have signed an agreement to extend a railway between the two countries which could give Uzbekistan a strategic access to the Persian Gulf through Iran. 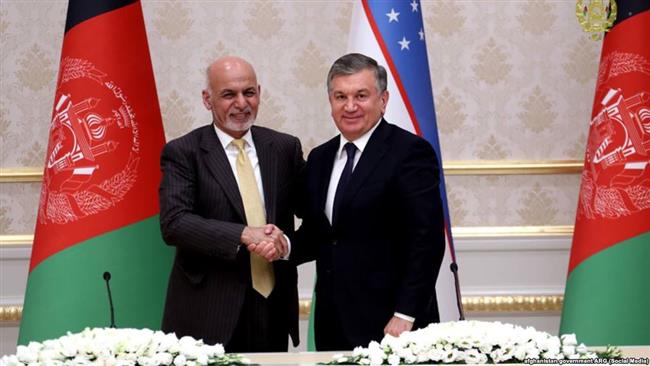 TEHRAN, Young Journalists Club (YJC) - The agreement over the project – which would be within the framework of the Trans-Afghan Transport Corridor that has been in the pipeline for over 12 years – was signed in Uzbekistan’s capital Tashkent on Thursday by Uzbek President Shavkat Mirziyoyev and his Afghan counterpart Mohammad Ashraf Ghani.

The plan is to construct a new railway with a total length of above 1,000 kilometers from Mazar-e-Sharif in Afghanistan’s northern province of Balkh and to the western city of Herat which is close to the border with Iran.

“The line would extend from Neyababad in Mazar-e-Sharif to Herat on one side and to Kunduz on the other,” Afghan media quoted Abdul Bari Seddiqi, the deputy head of Afghanistan’s railway administration as saying.

“Uzbekistan can be connected to the Afghan railway lines via this link,” Seddiqi added.

Uzbekistan signed an agreement with Iran and Afghanistan in 2005 to build an interstate north-south transport corridor which could connect the landlocked former Soviet republic to international waters.

The rail link from Mazar-e-Sharif to Herat is expected to provide a new regional trade route that could eventually connect five countries: China, Afghanistan, Uzbekistan, Tajikistan and Iran.

In 2011, Afghanistan and Uzbekistan put into service a 75-kilometer rail link connecting Afghanistan’s border city of Hairatan to Mazar-e-Sharif. Uzbekistan Railways has constructed the line through an investment of $170 million.

Since then, Uzbekistan had expressed its interest to extend the rail link to Herat and a connection to Iran.

Currently, a rail link from Herat to Iran is being constructed, allowing traffic from Uzbekistan to the Iran’s Persian Gulf ports.