TEHRAN, December 8 - Turkish President Recep Tayyip Erdogan arrived in northeastern Greece Friday to meet with members of the country's Muslim minority on the second day of an official visit to the country that saw tensions in bilateral relations resurface. 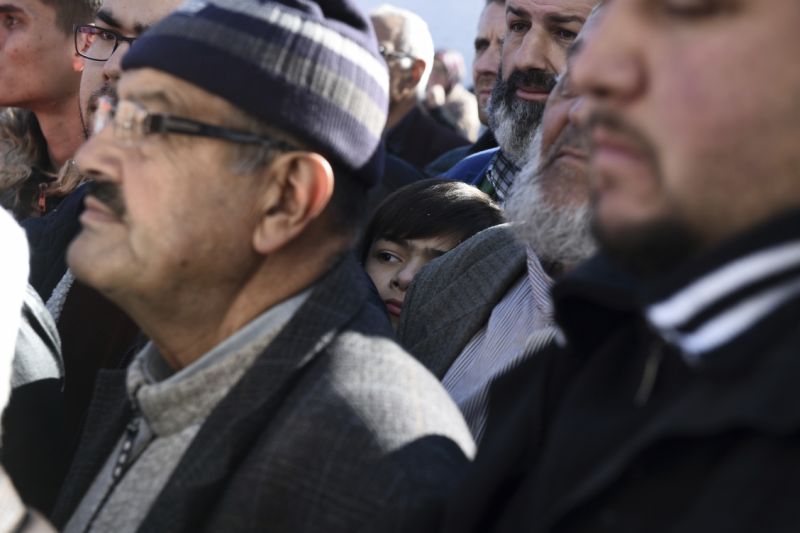 TEHRAN, Young Journalists Club (YJC) - Erdogan flew to Alexandroupolis and then headed to Komotini by road, where he was visiting a mosque for Friday prayers and meeting with local officials before returning to Turkey in the afternoon. Hundreds of people gathered at the mosque chanted Erdogan's name as he arrived.

Greek officials will be watchful of what Erdogan might say regarding the Muslim minority, which has been one of several contentious issues dividing the two NATO allies and neighbors.

On Thursday, Erdogan rattled his Greek hosts by saying the 1923 treaty that set the borders of modern Turkey and outlined the status of minorities — the Muslim minority in Greece and the Greek minority in Turkey — should be "updated." The two sides went on to verbally spar over several issues in tense televised meetings.

The status of the minorities has frequently been a source of tension in Greek-Turkish relations over the years. Greece recognizes the roughly 130,000-150,000-strong community in its country as a religious minority, while Turkey considers much of it to be ethnically Turkish. Greece's population is around 11 million.

In testy appearances in Athens Thursday, Erdogan clashed with Greek President Prokopis Pavlopoulos and Prime Minister Alexis Tsipras, putting aside diplomatic niceties to publicly air a series of grievances. He made repeated references to the Muslim community, which lives mainly in the northeastern Greek province of Thrace.

He noted the minority has a lower standard of living, and complained its religious leaders, or muftis, are appointed by the state instead of being elected by the community. Muslim communities in northeastern Greece have two muftis: the official state-appointed one and one elected locally and not recognized by the Greek state.

Security was draconian in Komotini ahead of the visit, with roads blocked off, a heavy police presence in the city and a police helicopter circling overhead. Members of the Muslim community gathered from the city and nearby villages ahead of Erdogan's arrival.

"What the minority expects from Mr. Erdogan's visit to Greece, to Athens and to Komotini is a new beginning in Greek-Turkish relations that will have a positive impact on the problems of the minority," said Ozan Ahmetoglou, deputy chairman of the local Peace and Friendship minority party.