TEHRAN, December 8 - Lebanese Prime Minister Saad Hariri has warned that US recognition of Jerusalem al-Quds as Israel’s capital will pose new challenges to the security of the Middle East. 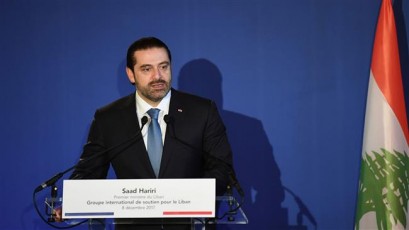 TEHRAN, Young Journalists Club (YJC) - "It complicates the peace process even more (between Israel and the Palestinians) and creates a new challenge to regional security," AFP quoted Hariri as saying at the Lebanon International Support Group meeting in Paris on Friday.

"In the name of the Lebanese people, I can only repeat our rejection of this decision,” he added.

Hariri’s remarks come as protests are underway across Palestinian territories and around the world against Washington’s decision with regard to Jerusalem al-Quds.

US President Donald Trump on Wednesday defied global warnings and said the US formally recognizes Jerusalem al-Quds as the “capital” of Israel, and will begin the process of moving its embassy to the occupied city, breaking with decades of American policy.

Washington’s al-Qud move has raised a chorus of outcry across the international community. The Muslim world, the United Nations and even US allies in the West have criticized the bid, saying it would plunge the already tumultuous region into new upheaval.

Palestinian leaders have declared Friday as the “day of rage” against Israel and the US.

Clashes broke out between Israeli police and Palestinian protesters after Friday prayers in Jerusalem al-Qud's Old City, Hebron, Bethlehem and the Nablus area in the West Bank as well as Gaza Strip.

The UN Security Council is set to hold an urgent meeting on Washington’s announcement later in the day.

Late on Wednesday, Deputy Palestinian UN envoy Feda Abdelhady-Nasser said in a letter to the UN Security Council that Trump’s move violates numerous resolutions that prohibit changes to the status of Jerusalem al-Quds.