Occupation of Palestine, root of all crisis in the region

TEHRAN, December 9 - Iranian permanent envoy in UN said that the US’s declaring al-Quds as Isarili regime Capital was an effort to legitimize the regime’s occupation of Palestine. 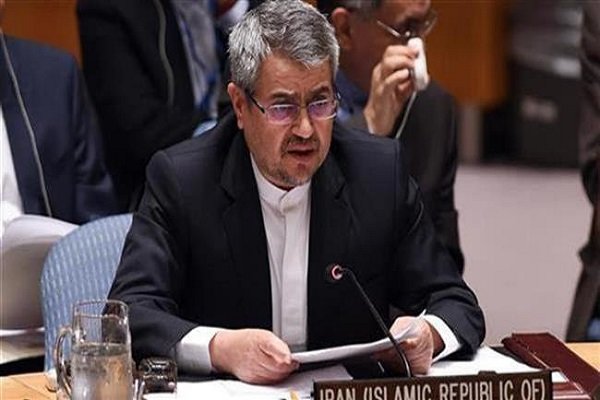 TEHRAN, Young Journalists Club (YJC) - Gholam Ali Khoshroo strongly dismissed some countries’ efforts to legitimize Israeli regime’s usurpation of Palestine, and noted that the root of all crisis in the region was the occupation of Palestine.

He asserted “any attempt to ignore the undeniable rights of the Palestinian nation, especially about the holy city of al-Quds and Masjid ul-Aqsa, just will worsen the situation”.

Khoshroo then strongly condemned US’s recognizing Jerusalem al-Quds as the as Isarili regime Capital as well as US’s transferring its embassy to the occupied city of al-Quds, saying that these US’s acts indicted its irrespectiveness towards human rights principles.

“The international community knows the US and Israeli regime responsible for all of the dangerous consequences of this unaccountable and illegal act” Khoshroo stressed, asserting “over the history, occupation and peace has never been reconciled and as long as the occupation of Palestine continues, no peace will be possible”.

The Iranian envoy pointed out to the fact that some countries prefer sanction and bullying to diplomacy and negotiation, and that these are such countries that strengthen extremism and weaken peace culture.