TEHRAN, December 9 - Iranian shooter Zolfagharian made his way to Buenos Aires 2018 when he shot a final round score of 184.2 to land fifth in the 10th Asian Airgun Championship 10 M Rifle/Pistol underway in Japan. 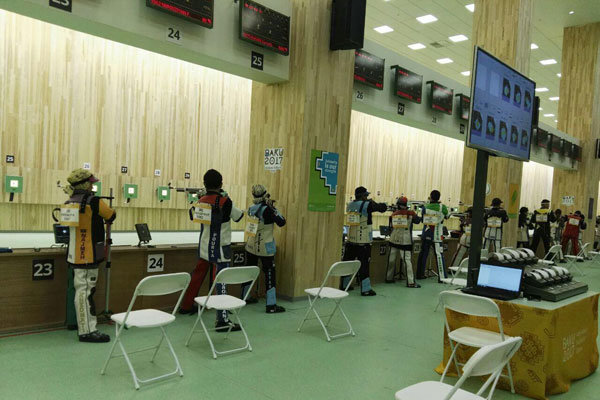 Iran’s 10m Air Rifle Women Junior team, comprising Fatemeh Karamzadeh, Seyedeh Roya Sobhkhiz and Maryam Shafeieipour, landed behind the Chinese squad to win the bronze medal with a total of 1243.0 points. China came first with 1246.6 points while India collected 1238.1 points to stand on the third podium in the same category.

Armitia Sadeghian, competing in women junior division, also found her way to the final round to keep hopes of receiving quotas for 2018 Youth Olympic to be held in Argentina.

A total of 407 shooters from 27 Asian countries are competing for medals at the the 10th Asian Airgun Championship 10 M Rifle/Pistol in Japan.