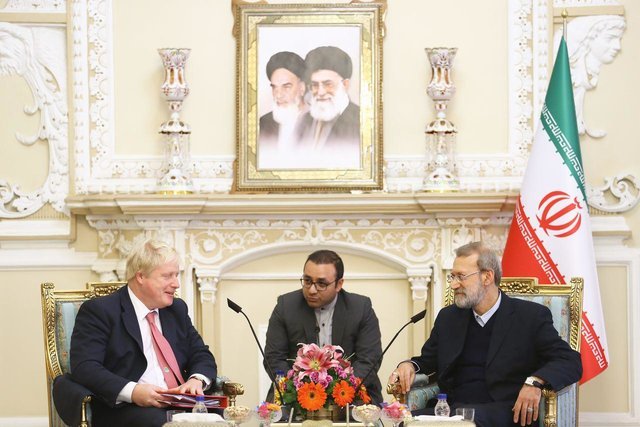 TEHRAN, Young Journalists Club (YJC) - “The UK has not taken any serious measure for economic cooperation (with Iran) after approval of the JCPAO,” he said in a meeting with British Foreign Secretary Boris Johnson here in Tehran on Saturday.

“Some European countries made more efforts. Britain has not solved banking problem of Iranian embassy in London,” he noted.

He then said that Iran is after widening bilateral relations with the EU though.

The decision “is one of the very big mistakes of the US administration whose level of mistake will be shown in future,” he said.

Johnson, for his part, said, “Britain backs the nuclear deal as an international agreement. It is a very important agreement. We want Iranian people to benefit it not only in the nuclear sector but to benefit in the economic sector as well.”

He acknowledged that the commercial volume between Iran and UK is less than the amount between Iran with France and Germany.

“My mission in this visit is to expand the level of bilateral cooperation in various economic, political and parliamentary fields (with Iran) and remove barriers to expansion of bilateral ties. We want to exchange more delegations between the two countries. We want more tourists to visit Britain from Iran.”