Russia dismisses US threats of bans over missile treaty

TEHRAN, December 10 - Russia has reiterated its commitment to the Intermediate-Range Nuclear Forces Treaty (INF Treaty), dismissing threats by the United States to impose sanctions on Moscow over alleged violations of the treaty. 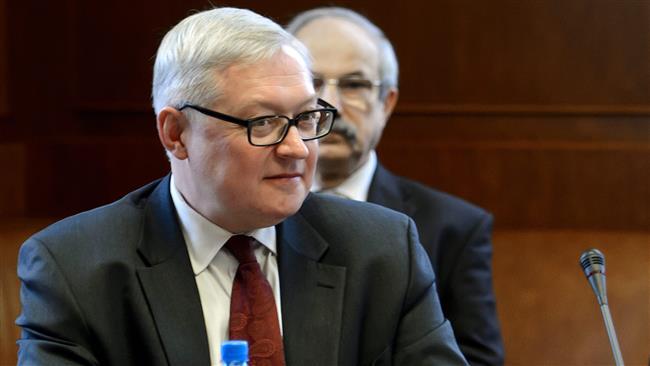 TEHRAN, Young Journalists Club (YJC) - US media reported on Friday that Washington was planning “economic and military” sanctions against Russia over violations of the arms treaty.

“It’s time for American politicians and diplomats to understand that economic and military pressure on Russia will not work,” he said.

“Washington could not find a better moment than the 30th anniversary of the Treaty on the Elimination of Intermediate-Range and Shorter-Range Missiles marked on December 8 for threatening their partner in the agreement, which has become one of the cornerstones in reduction and elimination of nuclear weapons,” he said.

“As for recurrent attempts to frighten us with sanctions, they are just ridiculous,” Ryabkov said.

Paving the way to a unilateral withdrawal?

He said the US was paving the way for a justification of Washington’s likely withdrawal from the arms deal.

The US’s increased accusation of Russian non-compliance with the INF Treaty “might be a sign that Washington has set a course to withdraw from the treaty as some time ago they pulled out from the Anti-Ballistic Missile Treaty (ABM Treaty),” Ryabkov said.

In his Friday remarks, Ryabkov warned that canceling the non-proliferation deal would trigger the start of a new arms race and the mass production of weapons of mass destruction (WMDs).

He urged Americans to understand the dire consequences of and the risks associated with a potential decision to go down that path.

“We have been warning more than once and warn again that collapse of the INF Treaty would deliver a hard blow on weapons control and nuclear weapon nonproliferation,” Ryabkov said.

The senior Russian diplomat pointed out that Russia fully complied with the INF Treaty and would not change course unless the other side stopped implementing its obligations.

“If the other side stops complying with it, we will be forced — as Russian President Vladimir Putin used to emphasize — to retaliate in kind,” he warned. “The United States should realize what kind of responsibility it shoulders.”