Iran not to remain silent against US new conspiracy: Rouhani

TEHRAN, December 10 - Iran’s president said on Sunday that if Saudi Arabia stops bombing Yemen from tomorrow and stops being under the command of Israel, Iran is ready to improve its relations with the Saudi government. 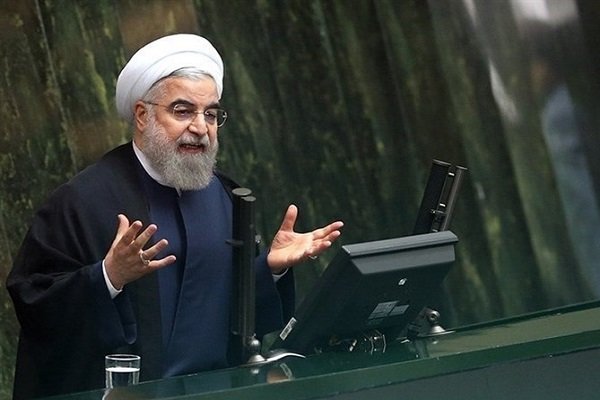 TEHRAN, Young Journalists Club (YJC) - Referring to recent Saudi Arabia’s activities in the region, the Iranian President Hassan Rouhani, said in a speech at Iranian Parliament Sunday, that “if a country is in our neighborhood and, unfortunately, it talks too much and speaks illogically, we also do not see any problems with that country as well. If Saudi Arabia, our neighboring country, stops bombing Yemen from tomorrow and stand up against Israel and relies on its own people, we do not see any barriers in front of improving our relations with them.”

The president declared to the world that Iranian government keeps its promises in its relationship with the world, adding that “we are not like America that has broken its promises son far in the nuclear deal. when we sign an agreement, we will remain loyal to it and keep our promises.”

The president went on as saying “we are Muslim and Iranian, and we have a long and old culture, we are not the one who violates the nuclear agreement. In case the other side does this, we will have our own options.”

Referring to the fact the big powers wanted the terrorist groups to rule over the region, Rouhani said “today, the US has begun a new conspiracy with the help of Zionism targeting al-Quds, but we have not remained and will never remain silent again their conspiracies.”

Rouhani stressed "we will take every necessary step to support the Palestinian people and to protect the holy site of al-Quds.”

At the end of his speech, president concluded that "Palestine has been and will remain our cause, and the United States and the Zionist regime will not succeed in their recent conspiracy, and God willing, the Islamic nations will liberate al-Quds soon.”