TEHRAN, December 11 - In a meeting with British Foreign Secretary Boris Johnson in Tehran on Sunday, President Hassan Rouhani said Iran must enjoy the benefits of the nuclear deal. 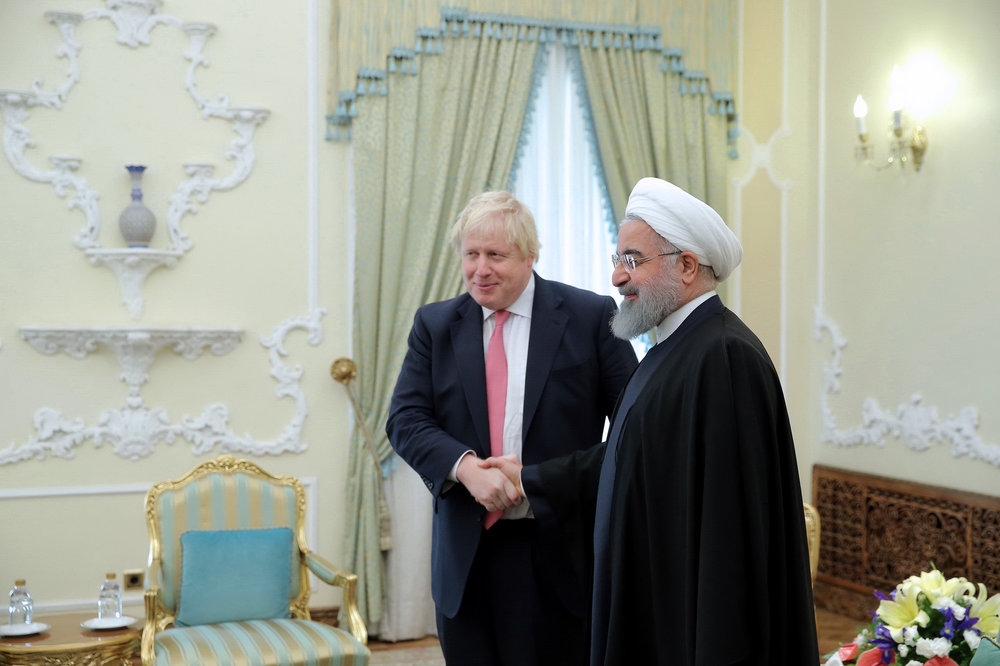 TEHRAN, Young Journalists Club (YJC) - According to the nuclear deal, officially known as the Joint Comprehensive Plan of Action (JCPOA), Iran is tasked to limit its nuclear activities in exchange for termination of economic and financial sanctions. However, countries, especially Europeans are slow in resuming economic and banking ties with Tehran.

“Implementing and protecting the JCPOA is very important. We believe that all and especially the Iranian nation should be able to enjoy benefits of the JCPOA,” Rouhani asserted.

The nuclear deal, which was signed in July 2015 between Iran, the European Union, Germany and the five permanent members of the UN Security Council, including Britain, went into effect in January 2016.

Rouhani insisted it is important to expand ties especially in the banking sector in accordance with the implementation of the nuclear agreement.

More efforts should be made to reach a “favorable level” in bilateral cooperation, the president said, highlighting the necessity of expanding “friendly” and “balanced” relations to guarantee common interests.

He added, “The will to use the post-JCPOA atmosphere to expand all-out ties and cooperation should be shown in practice and we should see its results.”

Elsewhere, Rouhani said that Iran has always sought to help establish peace and stability and eradicate terrorism in the Middle East, noting Tehran-London talks can result in more cooperation to establish regional stability.

Rouhani also said the decision by Donald Trump to recognize al-Quds (Jerusalem) as the capital of Israel is like adding fuel to the fire.

“Regional situation is in a way that the fire in it should not be fuelled and the recent decision by the U.S. President on recognition of the noble Quds as capital was wrong,” he said.

The British foreign secretary also said that Iran has taken “positive actions” in fight against terrorism and promoting peace in the region.

Commenting on bilateral ties, he said that London is determined to expand relations with Tehran in various spheres.

He added British corporations seek to invest in Iran.

During a separate meeting with Iranian Majlis Speaker Ali Larijani on Saturday, Johnson said that London supports the JCPOA as an important international agreement.

“We support the JCPOA as an international agreement, because it is a very important deal and the Iranian people should enjoy its benefits in both economic and nuclear areas,” the media office of the parliament speaker quoted Johnson as saying.

He said that his visit to Iran was aimed at expanding cooperation and removing obstacles in this respect.

However, Larijani criticized UK for its failure to take “serious step” to expand economic relations.

Johnson to deliver Iran’s warning to U.S. on nuclear deal

Ali Akbar Salehi, the vice president and director of the Atomic Energy Organization of Iran (AEOI), met separately with Johnson on Sunday.

In an interview with IRIB, Behrooz Kamalvandi, Salehi’s deputy, said according to the discussions made between Salehi and Johnson it was agreed that the British foreign secretary deliver Salehi’s warning to the United States about the necessity of commitment to the terms of the nuclear agreement.

“During the meeting with Mr. Salehi, the British foreign secretary received this message that the JCPOA cannot be protected without Iran’s gaining benefits from it. This message should be transferred to the U.S. by Mr. Johnson,” he said.

U.S. President Donald Trump has made repeated attacks against the nuclear deal that was signed under his predecessor Barack Obama. On October 13, Trump refused to certify Iran’s commitment to the nuclear deal despite repeated confirmations by the UN nuclear watchdog that Tehran is abiding fully to the terms of the agreement.