Iran’s FM cautions Europe against following US on nuclear issue

TEHRAN, December 11 - Iran's Foreign Minister Mohammad Javad Zarif has described the 2015 Iran nuclear agreement as a “rare triumph of diplomacy”, cautioning European countries against falling in line with the hardline US stance on the deal. 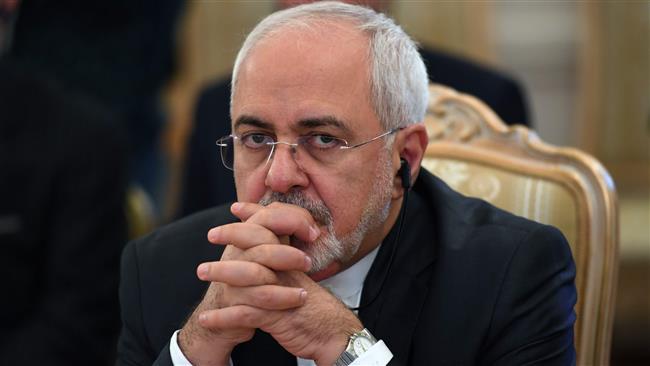 TEHRAN, Young Journalists Club (YJC) - “Our main concern now is cautioning European countries against wavering on issues beyond the scope of the nuclear agreement and following in lock step behind the White House,” Zarif wrote in a New York Times op-ed published Sunday.

Although the International Atomic Energy Agency (IAEA) has repeatedly verified Iran’s compliance with the deal, US President Donald Trump said in October that he might ultimately terminate the agreement.

“The nuclear deal is a rare triumph of diplomacy over confrontation. Undermining that would be a mistake,” Zarif said.

In his opinion piece, Zarif wrote, “Europe should not pander to Washington’s determination to shift focus to yet another unnecessary crisis — whether it be Iran’s defensive missile program or our influence in the Middle East. This would repeat the very dynamics that preceded the nuclear deal.”

He also stressed that Iran’s military capabilities comply with international law and are entirely defensive.

He referred to the Iran-Iraq War when "Saddam Hussein rained Soviet-made missiles on Iranian cities, some of them carrying chemical components provided by the West" amid the world's silence and refusal to provide Iran with weapons to deter the aggressors.

“No Iranian administration will leave our people defenseless. The international community — and Europe in particular — should realize this and instead focus its efforts on tackling real threats to the world, like the wars engulfing the Middle East,” he said.

Zarif called on the Europeans to take lessons from their past mistakes when they asked Iran for a temporary, voluntary freeze on uranium-enrichment-related activities more than a decade before the talks that led to the 2015 nuclear deal.

Iran, he said, agreed to the arrangement "as a confidence-building measure" in an attempt to convince the administration of George W. Bush to negotiate over the Iran nuclear program.

“But placating the Americans proved difficult, and the Europeans took another wrong turn," Zarif wrote as he summed up the development.

"After two years of negotiation — and under pressure from the United States — Britain, France and Germany suddenly demanded that we abandon all enrichment activities. The talks fell apart and the Europeans ended up neither stopping our nuclear program nor appeasing Washington,” he wrote.