TEHRAN, December 11- Israeli Prime Minister Benjamin Netanyahu took his case to Europe to ask allies to join the United States in recognizing Jerusalem as Israel's ‘capital’, but was met by a firm rebuff from EU foreign ministers who saw the move as a blow against the peace process. 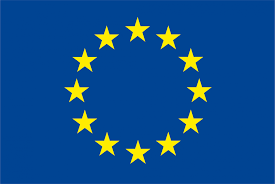 Trump announced last Wednesday that the United States would recognize Jerusalem as Israel's ‘capital’, breaking with decades of U.S. policy and international consensus that the ancient city's status must be decided in Israeli-Palestinian talks.

But even Israel's closest European allies have rejected that logic and say recognizing Israel's ‘capital’ unilaterally risks inflaming violence and further wrecking the chance for peace.

After a breakfast meeting between Netanyahu and EU foreign ministers, Sweden's top diplomat said no European at the closed-door meeting had voiced support for Trump's decision, and no country was likely to follow the United States in announcing plans to move its embassy.

"I have a hard time seeing that any other country would do that and I don't think any other EU country will do it," Margot Wallstrom told reporters.

Several EU foreign ministers arriving at the meeting reiterated the bloc's position that lands Israel has occupied since the 1967 war - including East Jerusalem as well as the West Bank and Golan Heights, are not within Israel's borders.

Israel's position does appear to have more support from some EU states than others.