TEHRAN, December 11 - London police are considering a variety of criminal charges related to the June fire at Grenfell Tower that killed 71 people. 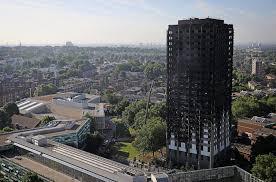 No one has yet been charged.

Jeremy Johnson, the lawyer representing the police at the inquiry, said the scope of the police investigation was "unprecedented" in a case that did not involve an extremist attack.

He said police are studying 31 million documents and 2,500 exhibits.

Johnson spoke at a hearing spelling out how a detailed inquiry into the disaster will be carried out.

Officials say the goal is to make sure there is never a repeat of the catastrophe.