Saudi Arabia to allow cinemas to reopen from early 2018

TEHRAN, December 11 - Saudi Arabia has announced it will lift a ban on commercial cinemas that has lasted more than three decades. 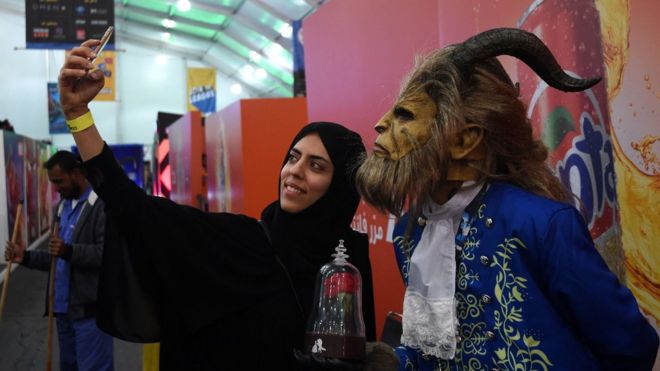 TEHRAN, Young Journalists Club (YJC) - The ministry of culture and information said it would begin issuing licences immediately and that the first cinemas were expected to open in March 2018.

The conservative Muslim kingdom had cinemas in the 1970s, but clerics persuaded authorities to close them.

A statement issued by the culture ministry on Monday said the decision to license cinemas was "central to the government's programme to encourage an open and rich domestic culture for Saudis".

"This marks a watershed moment in the development of the cultural economy in the Kingdom," Culture Minister Awwad Alawwad said.

"Opening cinemas will act as a catalyst for economic growth and diversification; by developing the broader cultural sector we will create new employment and training opportunities, as well as enriching the kingdom's entertainment options."

The ministry said the move would open up a domestic market of more than 32 million people and that it anticipated there would be more than 300 cinemas with 2,000 screens by 2030.

Vision 2030, unveiled by the 32-year-old crown prince last year, aims to increase household spending on cultural and entertainment activities in the oil-dependent kingdom from 2.9% to 6% by 2030.

"It is a beautiful day in #SaudiArabia!" wrote the Saudi director Haifaa Al Mansour‏ on Twitter following the announcement.

US hip hop artist Nelly and Algerian singer Cheb Khaled will perform in the Red Sea city of Jeddah on Thursday, though the event is open to men only.

In September, King Salman announced that women would be permitted to drive in Saudi Arabia for the first time from June 2018 - another move opposed by clerics,

And at an economic conference attended by foreign investors the following month, Prince Mohammed declared that Saudi Arabia would once again be "a country of moderate Islam that is open to all religions, traditions and people".

Seventy per cent of the Saudi population were under 30 and they wanted a "life in which our religion translates to tolerance, to our traditions of kindness ", he said.

He insisted Saudi Arabia "was not like this before 1979", when there was an Islamic revolution in Iran and militants occupied Mecca's Grand Mosque. Afterwards, public entertainment was banned and clerics were given more control over public life.

Prince Mohammed has also cracked down on dissent and launched an anti-corruption drive that has seen hundreds of people, among them senior princes and prominent businessmen, detained and offered pardons in exchange for financial settlements with the state.