TEHRAN, December 12 - Donald Trump claimed on Oct. 13 that Iran is not living up to the “spirit” of the nuclear deal that it signed in 2015. 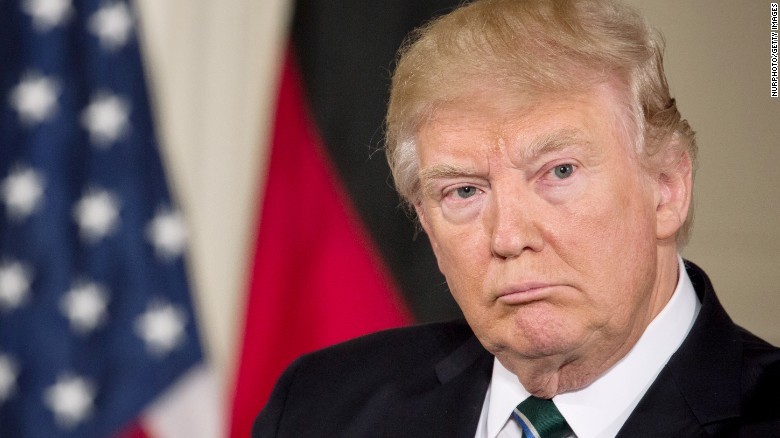 TEHRAN, Young Journalists Club (YJC) - Washington Times -- Congress is about to miss what was widely seen as a deadline to deal with President Trump’s demands for a harder line on the Iran nuclear deal, failing to agree on new sanctions against Tehran and punting the future of the deal back to Mr. Trump.

A Republican legislative push to establish new “triggers” that could reimpose harsh sanctions on Iran lifted under the Obama-era deal has gone nowhere ahead of Tuesday — the end of a 60-day unofficial deadline set by the administration for Capitol Hill to weigh in on the situation after Trump declared he could no longer certify that the accord was in the U.S. national interest.

Congressional aides say lawmakers still have time to propose something before Trump is mandated to decide again whether to weigh in on the deal, but White House aides say the president is rankled by the lack of progress on Capitol Hill and likely will pull the United States out of the deal entirely when it comes up for review on Jan. 13.

In October, Donald Trump called on Congress and American allies party to the 2015 accord — including Britain, France and Germany — to propose ways to address what he called the deal’s “serious flaws,” including its failure to reimpose sanctions should Iran continue to carry out ballistic missile tests in violation of existing U.N. Security Council resolutions. Russia and China also signed the accord and, to date, none of the other signatories has followed the U.S. lead in trying to overhaul the agreement.

U.N. monitors have also repeatedly said Tehran is honoring the letter of the 2015 agreement in curtailing its suspect nuclear programs.

“Come January, the president may be extremely frustrated that neither Congress nor the Europeans have responded to his request for ways to fix the deal,” Mark Dubowitz, an analyst on Iran sanctions and CEO of the Foundation for Defense of Democracies, said in an interview. “It’s entirely possible at that time that the president will walk away from the deal.”

According to a law enacted by Congress in 2015, the president must certify every 90 days that Iran is honoring the deal and that it is in the U.S. national interest. Mr. Trump, in the early days of his administration, twice formally certified Iran’s compliance, but he clearly chafed at seeming to endorse an agreement that he harshly criticized on the campaign trail last year.

He made clear his unhappiness when announcing his Iran deal decision two months ago.

Some of the president’s top aides, including Defense Secretary James Mattis, have advocated staying in the deal out of concern about the negative effects an American pullout could have on Middle East security and on U.S. allies that remain committed to the deal.

The Obama administration strongly backed the agreement, which gave major sanctions relief to Iran in exchange for limits to its nuclear programs.

Mr. Trump moved in October to decertify the deal but stopped short of fully pulling Washington out of the agreement. Instead, he called on lawmakers to come up with legislative fixes “to strengthen enforcement, prevent Iran from developing an … intercontinental ballistic missile and make all restrictions on Iran’s nuclear activity permanent under U.S. law.”

Several senior administration officials told reporters on background ahead of Mr. Trump’s announcement in October that the White House was giving Congress 60 days to deliver on such legislation, but congressional aides argued Monday that the president never put a hard deadline on the request.

Aides to Senate Foreign Relations Committee Chairman Bob Corker, Tennessee Republican, say he is negotiating with key lawmakers such as Sen. Benjamin L. Cardin of Maryland, the panel’s ranking Democrat, and Sen. Tom Cotton, the Arkansas Republican who is one of the most prominent critics of the deal on Capitol Hill, to meet Mr. Trump’s demands for legislative action.

If the legislation comes to the fore and passes before Jan. 13 — an unlikely scenario given the limited number of congressional working days until then — there are concerns about how U.S. allies in Europe who signed the nuclear accord would react.

Analysts say any legislation calling for a reimposition of sanctions on Iran could trigger a demand from Iran for a renegotiation of the entire nuclear accord. There is little appetite for reopening the accord in Europe, where concerns are high that it would lead to an all-out collapse of the existing deal.

European Union Foreign Policy chief Federica Mogherini has firmly rejected the idea of trying to renegotiate the agreement in hopes of getting new concessions from Iran. After a closed-door briefing to lawmakers on Capitol Hill last month, Mrs. Mogherini told reporters flat out that “renegotiation [of the nuclear deal] is not an option.”

She also stressed that European nations “wish to see the United States continue in the implementation of the deal.”

There are also concerns about the impact a Trump administration pullout from the Iranian accord may have on U.S. efforts to engage in a negotiated solution to another nuclear-related crisis — that with North Korea.

“The U.S. president’s decertification of Tehran’s compliance will be well noted in Pyongyang, giving North Korean leader Kim Jong-un a credible excuse for refusing to negotiate with Washington,” Mr. Abrahamian wrote in a recent commentary published by Reuters.