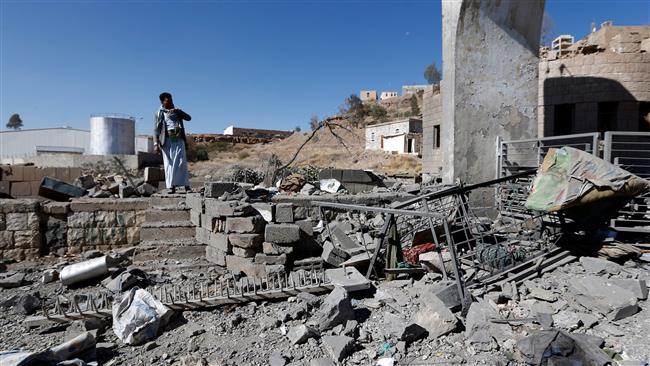 It said the bombardment targeted the residential buildings surrounding the Cadet College in the capital.

The raids came hours after at least 14 people lost their lives in similar Saudi aerial assaults against civilian targets across the country.

United Nations chief Antonio Guterres called on Sunday on the US to pressure Saudi Arabia into ending the “stupid war” which is causing “terrible suffering to the Yemenipeople” and also harming the kingdom itself.

Saudi Arabia and many of its allies have been bombing Yemen since 2015 to put its former Riyadh-friendly government back in the saddle. More than 12,000 have died since the warfare began.

The United States is an ally of Saudi Arabia in the military campaign against Yemen, providing it with logistical and advisory support such as bombing coordinates as well as arms and weapons.

US President Donald Trump recently called on Riyadh to open Yemen’s ports to humanitarian aid, but stopped short of urging it to end the campaign.