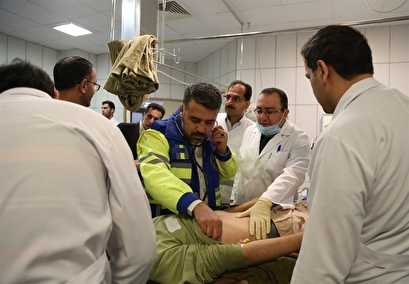 The quake was near the town of Hejdak and was followed by several aftershocks.

On November 12, a powerful 7.3-magnitude earthquake has hit the border region between Iran and Iraq, killing about 450 people, almost all of them in Iran.

The highest casualties occurred in the town of Sarpol-e Zahab, in Iran’s Kermanshah Province.

According to official tallies, 445 Iranians were confirmed dead. Over 7,156 others were also injured.