TEHRAN, December 12 - Russia says it has temporarily ended Moscow’s diplomatic presence in war-torn Yemen due to the current “situation in Sana’a,” as the Saudi-led military coalition has increased its airstrikes against the impoverished country during the past few weeks. 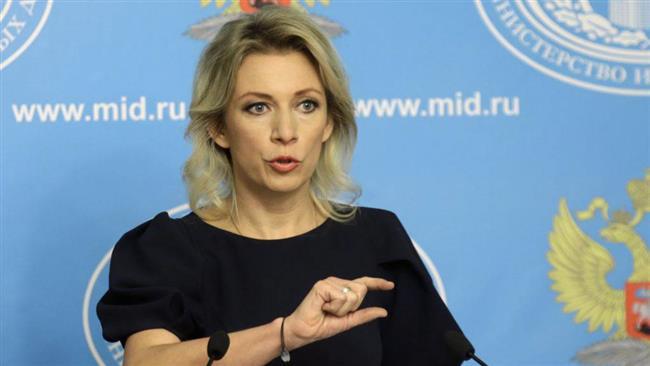 She further said that the Russian ambassador [to Yemen Vladimir Dedushkin] and some of the Russian diplomatic staff in the peninsular country would be performing their duties from the Saudi capital of Riyadh.

Zakharova expressed hope that both regional and international actors would exert their influence on the involved parties to the Yemeni conflict in an attempt to convince them to halt the fighting and to end the war via political means.

Yemen’s ex-President Ali Abdullah Saleh was killed on December 4 while attempting to escape the Yemeni capital to Ma’arab Province. This came shortly after he broke ranks with the Houthi Ansarullah movement in favor of the Saudi-led coalition.

Two days after the killing of Saleh, Zakharova said the Kremlin was extremely “concerned” regarding “these negative events”, adding that there was a “good chance” for the impoverished country “sliding into military-political chaos and an unprecedented humanitarian catastrophe.”

In a statement released in August, the Russian embassy in Yemen had expressed worries over the “high intensity of air strikes by the Arab coalition on Yemeni cities and towns that often lead to civilian casualties.”

According to the Saudi state news agency (SPA), a Russian plane evacuated embassy staff and some Russian nationals from Sana’a earlier on Tuesday. Dedushkin had already been working from the Saudi capital since last year.

The Saudi-led military campaign, propelled by a constant flow of US and UK arms supplies, has been incessantly pounding Yemen since March 2015 in an attempt to crush the popular Houthi movement and reinstate the former president, Abd Rabbuh Mansur Hadi, a staunch ally of the regime in Riyadh.

According to the latest figures, the imposed war has so far killed over 12,000 Yemenis and wounded thousands more. The Saudi aggression has also taken a heavy toll on the country's facilities and infrastructure, destroying many hospitals, schools, and factories.

The World Health Organization says around 960,000 suspected cases of cholera and 2,219 deaths have been documented since the deadly epidemic broke out in April in the impoverished country, where 8 million people also face war-triggered famine.