TEHRAN, December 13 - Pakistani Chief of Army Staff said in a meeting with the Palestinian envoy in Islamabad that Pakistan will remain on its pro-Palestinian stance in supporting the country. 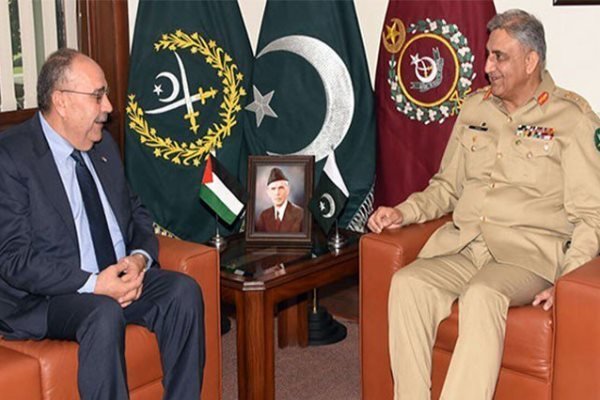 General Bajwa stated that Pakistan wants the Palestine’s crisis be resolved and that his country will continue its support of Palestine.

The commander also stressed that alongside with resolving Kashmir issue, Pakistan wants the Palestinian crisis be resolved, asserting that supporting Palestine for the Pakistani nation and Government is politically and morally as important as Kashmir’s issue.