TEHRAN, December 13 - Saudi fighter jets have stepped up deadly airstrikes against the Yemeni capital, this time targeting the headquarters of military police in Sana’a, in a raid that left a dozen people dead and 80 more injured. 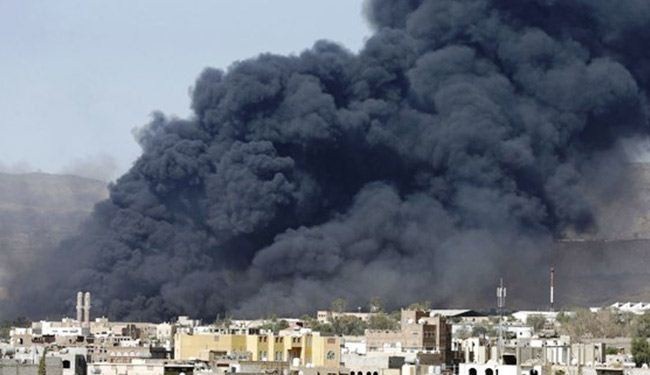 The raid identified some of the casualties as prisoners held as part of criminal investigations.

The network also said the Saudi bombing of a vehicle in Maqbanah District of the southwestern Yemen Ta’izz Province also killed and injured an unspecified number of people.

The kingdom and a group of its allies have been bombing Yemen since 2015 to put its former Riyadh-friendly government back in the saddle. More than 12,000 have died since the war began.

United Nations chief Antonio Guterres called last Sunday for an end to the “stupid war,” which has also the firm backing of the United States and Britain.

Meanwhile, the head of the US government’s aid agency said on Tuesday that there were no signs that a Saudi blockade of the ports had eased to let in aid consignments.

“Unfortunately, I can’t tell you there has been an easing of the blockade,” said USAID administrator Mark Green.

He said he was “deeply concerned on so many fronts” about the crisis in Yemen, but in particular the failure to get fuel into the country so people have access to clean water.

“That means a number of communities are either without clean water or will be very shortly, and in both cases that is a terrible concern from the cholera perspective and the survival perspective,” he added.

A rampant cholera outbreak, exacerbated by the devastation of the country's health infrastructure, has killed more than 2,000 in Yemen.