The Israeli air force continues raids against the Gaza Strip amid simmering tensions in the occupied Palestinian territories following the US recognition of Jerusalem al-Quds as Israel’s “capital.” 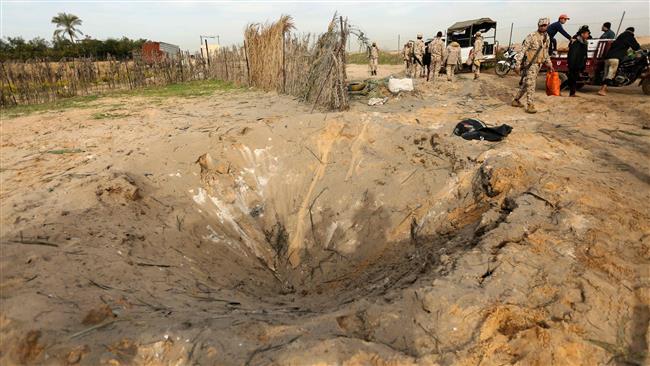 The Israeli army said on Wednesday that it targeted a Hamas military compound in the southern Gaza Strip in response to what it claimed to be an undefined “projectile” fired from Gaza towards the southern parts of the occupied territories.

An Israeli army spokeswoman said earlier that the army does not know where the projectiles hit.

According to Gaza security officials, the Israeli aircraft targeted a Hamas naval base west of the city of Khan Yunis and a nearby open land.

There were no reports of casualties on either side.

On Tuesday, an Israeli unmanned aerial vehicle carried out an attack in the besieged Gaza Strip, killing at least two people along a road in Um al-Nasser village. The two slain Palestinians were reportedly members of the engineering unit of al-Quds Brigades, which is the military wing of the Islamic Jihad resistance movement.

Earlier on Monday, Israeli forces targeted several positions belonging to the Palestinian resistance movement Hamas in the Gaza Strip with land and air attacks. The Israeli army claimed that the attacks were in response to rocket fire from the Gaza Strip into an unpopulated area in the occupied territories without causing any injuries.

The Gaza Strip, home to 1.8 million, has been under an Israeli siege since June 2007. The blockade has caused a decline in the standards of living as well as unprecedented levels of unemployment and unrelenting poverty.

The Tel Aviv regime has also waged several wars on Gaza since 2008, killing and maiming thousands of Gazans.

The new series of Israeli attacks on Gaza come amid the ongoing tensions across the Palestinian territories after US President Donald Trump announced on December 6 that the US was recognizing Jerusalem al-Quds as Israel’s “capital” and tasked the State Department with making preparations for the relocation of Washington’s embassy from Tel Aviv to the occupied Palestinian city.

The dramatic shift in Washington’s Jerusalem al-Quds policy drew fierce criticism from the international community, including the United States’ Western allies, and triggered demonstrations against the US and Israel worldwide. 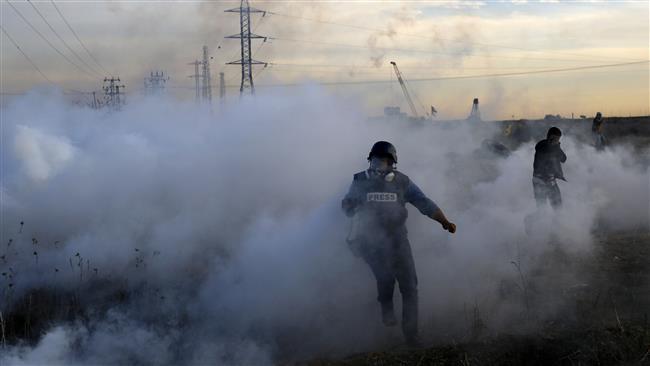 The Palestinian Ministry of Health said on Tuesday that at least four protesters have lost their lives and more than 1,778 injured in angry anti-US demonstrations around the occupied Palestinian lands.

The statement added that 1,366 Palestinians were injured in the West Bank. A total of 33 people were struck with live bullets, while 323 others were hit with rubber-coated steel bullets.

A total of 998 Palestinians suffered from tear gas inhalation as well.

Elsewhere in the besieged Gaza Strip, the number of casualties stood at 382. A total of 85 Palestinian protesters were struck with live bullets, and 14 others with rubber bullets.

Meanwhile, the Organization of Islamic Cooperation (OIC) convenes an urgent summit in Istanbul on Washington’s contentious declaration on Jerusalem al-Quds. Representatives from 57 OIC members, including 30 heads of states, are attending the summit, which is meant to coordinate a response to the US decision on al-Quds.