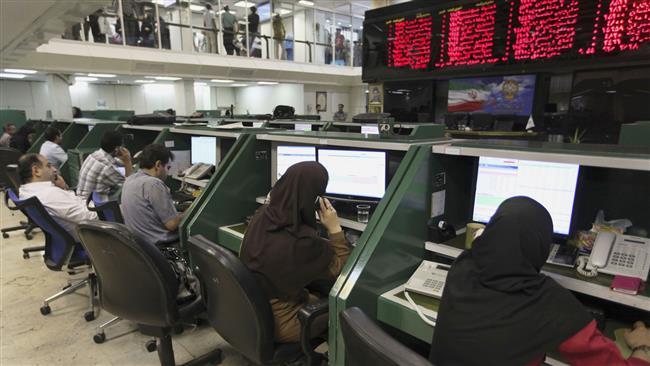 TEHRAN, Young Journalists Club (YJC) - TEDPIX gained 654 points to stand at 93,283 – a level never seen in the Exchange’s history since establishment in 1966.

The bulk of the growth was provided by industrial giants such as Tamin Petroleum and Petrochemical Investment Company, Ghadir Investment Company and Foolad Khouzestan Steel Company that made 126, 102 and 70 points, respectively.

The companies whose performance brought down TEDPIX – albeit slightly – were Mobarakeh Steel Company, Iran Khodro Group and SAIPA that had negative points of respectively 67, 35 and 26 points.

Petrochemical players collectively had a positive performance and were responsible for trading about 78 million shares with a total value of around Rials 240 billion ($5.7 million). The auto majors, on the other hand, were mostly on the losing side and saw as much as 219 million of their shares worth a collective of Rials 350 billion ($8.3 million) sold by traders. Base metal producers were in the middle ground and eventually saw sales of 197 million shares worth Rials 540 billion ($12.8 million).

The overall value of transactions conducted in the TEDPIX on Wednesday stood at Rials 4.68 trillion ($111.4 million) through exchanges of 1.74 billion shares.

TEDPIX also broke above the 92,000 level on Tuesday, jumping back into the fast growth lane after a few days of slow movements.

Base metal producers and oil refineries – the market’s primary drivers so far this year – were back on Tuesday to push the market to new heights, according to a report by Iran’s English-language newspaper the Financial Tribune.