Congress takes no action on Iran sanctions as deadline passes

TEHRAN, December 13 - The US Congress misses a deadline to decide on re-imposing anti-Iran sanctions, which were lifted under the 2015 nuclear deal, with reports saying the lawmakers sought to kick the decision on the issue back to President Donald Trump. 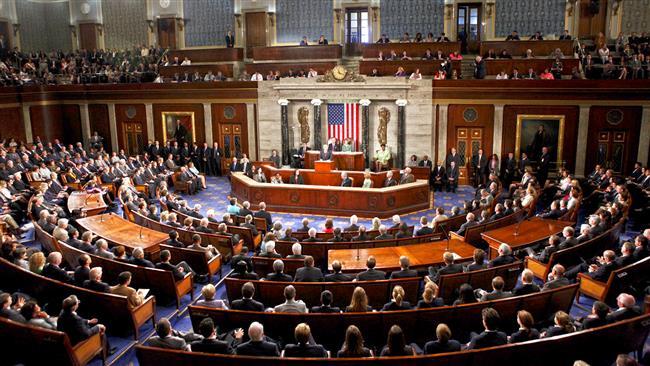 TEHRAN, Young Journalists Club (YJC) - On October 13, Trump refused to certify that the Islamic Republic was complying with the agreement, officially called the Joint Comprehensive Plan of Action (JCPOA), under a domestic US law and directed his administration “to work closely with Congress and our allies to address the deal’s many serious flaws.”

The US Congress was given until December 12 to decide whether to slap economic sanctions on Tehran anew.

“There was actually no deadline to act by this week as the administration did not ask that Congress to introduce legislation to re-impose JCPOA-related sanctions,” she added.

However, the Congress has so far announced no plans to introduce a resolution to re-impose sanctions. Congressional aides said on Tuesday that the American lawmakers would let the deadline pass without action, Reuters reported.

By doing that, Congress passed the ball back to Trump, who must decide in mid-January if he wants to continue to waive sanctions on Iran.

Trump’s failure to do so would blow apart the deal, a course opposed by European allies, Russia and China, the other parties to the accord.

Eight reports by the International Atomic Energy Agency, the UN nuclear watchdog, have so far confirmed Iran’s full commitment to its side of the bargain.

Trump, however, has defied the IAEA reports and warned that he might ultimately “terminate” the Iran deal.

A new poll conducted by the Washington-based Brookings Institution, showed that 70 percent of Americans agree that the JCPOA is beneficial for US interests, while 26 percent disagree.

The JCPOA was reached between Iran and the P5+1 countries — namely the US, Russia, China, France, Britain, and Germany — in July 2015 and took effect in January 2016.

Under the accord, Iran undertook to apply certain limits to its nuclear program in exchange for the termination of all nuclear-related sanctions against Tehran.

Other parties to the deal, along with the entire international community, have voiced firm support for the JCPOA, warning Washington against attempts at undermining the landmark deal.

Since Trump’s refusal to certify Iran’s compliance, senior European officials have been intensely lobbying Congress to decide against the re-imposition of anti-Iran bans.