TEHRAN, December 13 - An inmate at the U.S. detention facility at Guantanamo Bay is still being tortured, the U.N. special rapporteur on torture Nils Melzer said in a statement on Wednesday. 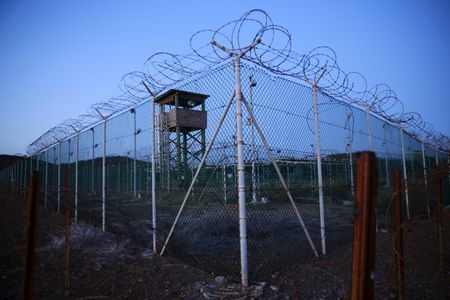 TEHRAN, Young Journalists Club (YJC) - Former President Barack Obama ended the use of "enhanced interrogation techniques" via executive order in January 2009, but Melzer said the historic use of torture in CIA custody had not yet led to prosecutions or compensation for victims.

“By failing to prosecute the crime of torture in CIA custody, the U.S. is in clear violation of the Convention against Torture and is sending a dangerous message of complacency and impunity to officials in the U.S. and around the world,” Melzer said in the statement.

The statement cited the case of Ammar al-Baluchi, an inmate in Guantanamo Bay, "where his torture and ill-treatment are reported to continue".

It said al-Baluchi was named 153 times in the U.S. Senate's 2014 "torture report", the result of a six-year investigation into so-called enhanced interrogation techniques used by the CIA after the Sept. 11, 2001, attacks.

He was said to have suffered relentless torture for three-and-a-half years in CIA “black sites” before being moved to Guantanamo, the U.N. statement said.

It did not give details of the source of the information about the continuing torture of al-Baluchi, who had been in isolation at a severely restricted-access facility at Guantanamo Bay for more than a decade.

"In addition to the long-term effects of past torture, noise and vibrations are reportedly still being used against him, resulting in constant sleep deprivation and related physical and mental disorders, for which he allegedly does not receive adequate medical attention.”

Melzer said the ban on torture and ill-treatment was one of the most fundamental norms of international law and could not be justified in any circumstances.

He said he had renewed a long-standing request to visit Guantanamo Bay to interview inmates, but he and his predecessors in the role had consistently been denied access.