TEHRAN, December 13 - A prominent political expert and activist based in the UK praised Iran for its major role in the fall of the Daesh (ISIS or ISIL) terrorist group in the Middle East and said without Tehran’s support, both Baghdad and Damascus were very close to collapse. 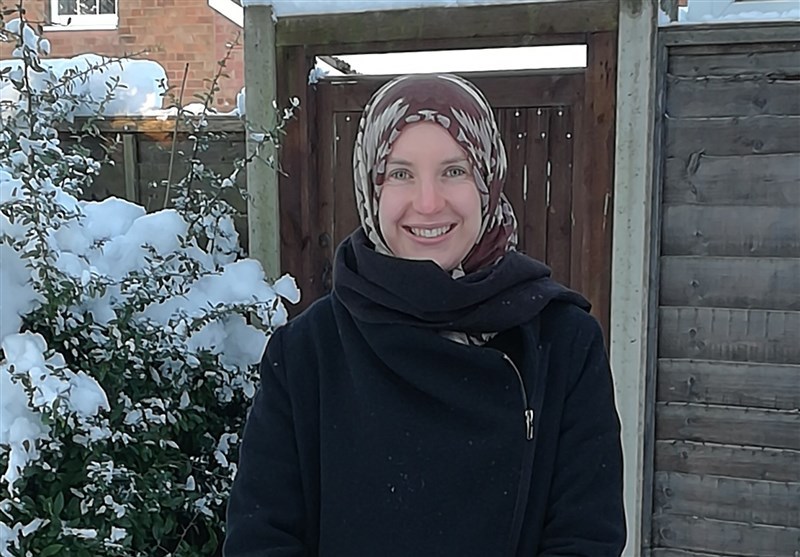 TEHRAN, Young Journalists Club (YJC) - “Iran has played a pivotal role in defeating both state-sponsored and Takfiri-mercenary terrorism in the Middle East militarily,” Hannah Smith said in an interview with the Tasnim News Agency.

“Without Iran's support both Iraq and Syria were very close to being overrun by Daesh,” she added.

Hannah Smith is a community activist based in Birmingham, UK. She is involved with grass roots and nationwide UK-based activities inspiring movement towards Islamic objectives. Hannah has written dozens of articles covering the relationship between Islamic religion, culture, human rights, education, politics, and science. She has worked in scientific research, human rights, political campaigning, and education, and currently works as a high school teacher of Physics. Hannah holds a Master’s degree in Geophysics, a post-graduate teaching certificate and has completed one year of Arabic and Islamic Studies.

Tasnim: As you know, the resistance forces and the armies in Syria and Iraq have recently liberated last strongholds of Daesh in the Arab countries. What do you think about the recent military achievements? Do you have a positive perspective on the security situation?

Smith: I think the defeat of Daesh is something the whole world should be grateful for. It was achieved with the bravery, courage and military tactical excellence of ground troops committed to the Holy Ahlul Bayt (AS). With the leadership of Ayatollah Khamenei and the call from Ayatollah Sistani, Hezbollah, Hashd al-Shaabi and other soldiers of the Imam offered their lives to save humanity. It is what the Shiite of Ahlul Bayt do in every age.

Tasnim: Major General Qassem Soleimani, the commander of the Quds Force of Iran’s Islamic Revolution Guards Corps (IRGC), recently declared the collapse of the Takfiri terror group in Iraq and Syria. What is your assessment of Iran’s role in the anti-terrorism campaign in the Middle East?

Smith: Iran has played a pivotal role in defeating both state-sponsored and Takfiri-mercenary terrorism in the Middle East militarily. Without Iran's support, both Iraq and Syria were very close to being overrun by Daesh. By the grace of Allah (SWT), this disaster was averted by the prompt actions of Ayatollah Khamenei. However, the puppet masters behind Daesh will likely sustain Daesh as a guerrilla terror group in the region which is a threat that still needs to be taken seriously. Without Iran's geopolitical counterbalance to Western imperialist designs in the Middle East true Islam would be wiped out and replaced by a neoliberal fascism and it is important for Iranians and Arabs to understand who their real enemy is and unite under the banner of Islam to secure justice in their territorial jurisdictions and across the world. The Islamic Revolution remains a beacon for all who long for a humanity living in harmony with nature and the Divine.

Tasnim: Secretary-General of the Lebanese Hezbollah Resistance Movement Hassan Nasrallah said recently that despite the US claims about fighting terrorism, it spared no effort to help Daesh forces in the Syrian town of Al-Bukamal. “The US helped Daesh as much as it could in Albu Kamal short of directly engaging forces that fought to liberate the town from Daesh,” the Hezbollah leader noted. What do you think about the remarks?

Smith: Seyed Hassan Nasrallah has on the ground evidence about what he says. It is his troops who engaged and defeated Daesh across Syria and they are best placed to provide evidence of the duplicitous game the US plays in the Middle East. It says it is fighting a war against terror yet it is an open secret that they armed Al Qaeda in Syria in the shape of Jabhat al-Nusra. The mercenary Daesh forces that sprung up in Iraq and Syria were armed with equipment from the US industrial arms complex too. Who financed them? How did they get into these countries? Why did not the US unleash their much-vaunted firepower on them? Why were they supporting many of the terror-linked Daesh forces throughout the Iraqi and Syrian conflicts? These are questions the US regime needs to answer to the world, but Hezbollah's leadership knows these Western instigated conflicts are all about destroying the true Islamic resistance to Israel and the resource acquisition in the Middle East.