TEHRAN, December 14 - China summoned Australia's ambassador to lodge a complaint last week over Canberra's allegation that Beijing had sought to interfere in Australian politics, a source familiar with the diplomatic action told Reuters on Thursday. 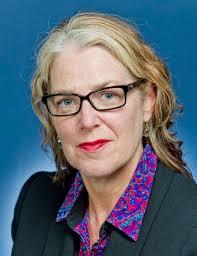 In response, China summoned Ambassador Jan Adams to a meeting at the Chinese Ministry for Foreign Affairs on December 8 to lodge a complaint, the source said.

"The Australian side should be very clear about China's position on the relevant issue," Lu told a daily news briefing, without elaborating.

China's Foreign Ministry said last week Turnbull's allegations were full of prejudice against China, were baseless and poisoned the atmosphere of China-Australia relations.
Turnbull's allegations have been criticized by Australia's opposition Labor Party as showing an "anti-China" bias that could jeopardize bilateral trade.

China, which is easily Australia's biggest trading partner, bought A$93 billion ($70 billion) worth of Australian goods and services last year. Australia's unshakeable security relationship with the United States, however, has limited how cosy it gets with China.

Turnbull denied indulging in anti-Chinese rhetoric, insisting Labour was using the issue to win favor with a large voter block ahead of a make-or-break by-election on Saturday that analysts said will determine his political future.

"I am disappointed they have tried to turn Australians against each other," Turnbull told reporters in Sydney.