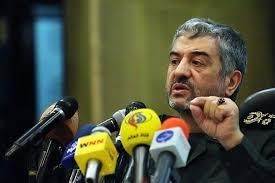 TEHRAN, Young Journalists Club (YJC) - “Today, we can give a right and appropriate response to security and defense threats. Of course, this does not mean lack of threat, but means that we do not have any serious problem in this field.”

He said that the country is in good condition in terms of defense and defense areas and is capable of controlling and managing circumstance.”

Earlier in July, Chief of Staff of the Iranian Armed Forces Major General Mohammad Baqeri said the country’s security is a red line, pledging to firmly respond to any threats or acts of aggression against the Islamic Republic’s national security.

Baqeri made the remark in a message following Iran’s missile attack against the Daesh targets in eastern Syria last week.

Iran’s Islamic Revolution Guards Corps (IRGC) fired six medium-range ground-to-ground ballistic missiles into Daesh bases in Syria’s Dayr al-Zawr on Sunday in retaliation for the June 7 twin terrorist attacks in the Iranian capital Tehran, which killed at least 17 people and injured over 50 others.