TEHRAN, December 14 - The defense ministers of Cyprus, Egypt and Greece agreed Thursday to step up cooperation in combating drug, weapons and people trafficking in the east Mediterranean and to share information on countering the threat of terrorism. 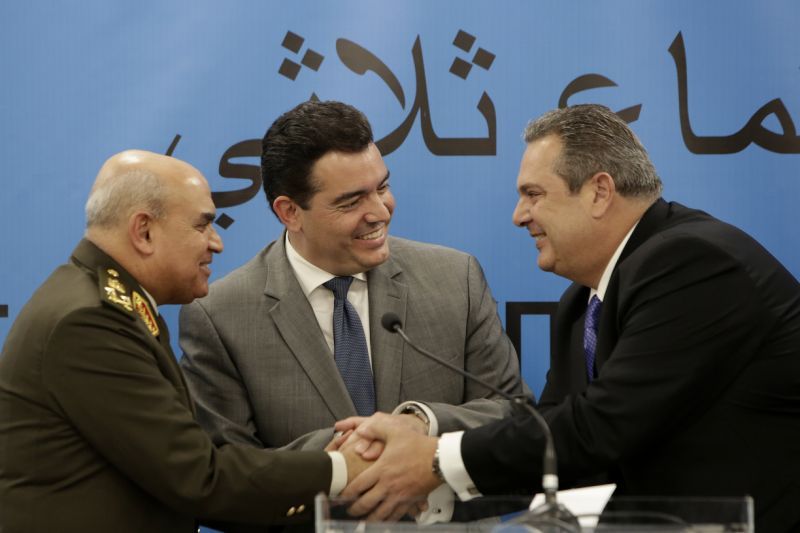 The ministers said that drills due to start in the next few months will sharpen coordination on search and rescue operations and protecting offshore oil and gas drilling in the area that could offer an alternative source of energy for Europe and elsewhere.

Much of the West's oil and trade passes through the Suez canal and the ministers underscored the need for heightened security in the area.

"The more uncertain the geopolitical environment around us, the greater the need for predictable partners and policies," Fokaides said.

Sobhi said no one country can meet the many challenges posed in a volatile region, and stability in the area "demands cooperation" between the three countries.

The Egyptian official said intelligence-sharing between the three countries is also a key element of cooperation aimed at heading off potential threats to security.

Kammenos added that this trilateral cooperation could expand to include other neighboring countries.

"Defense cooperation will ensure the security of shipping and the search for hydrocarbons," the Greek minister said.

The emphasis on stronger defense ties comes as a result of closer cooperation between the three countries' leaders who have held five trilateral meetings over the last two years.