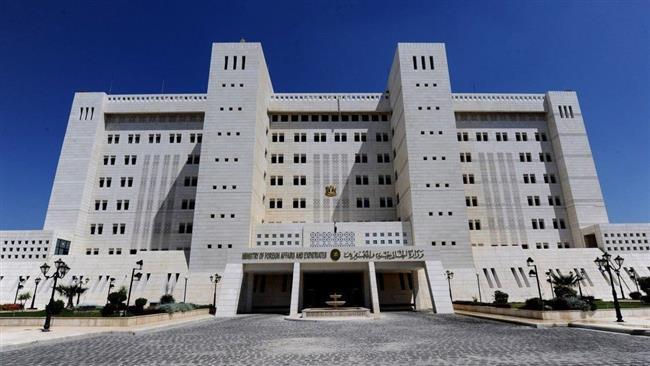 TEHRAN, Young Journalists Club (YJC) - In two separate letters addressed to United Nations Secretary General Antonio Guterres and the rotating president of the UN Security Council, Koro Bessho, on Thursday, the ministry stated that the US-led coalition has been pretending to fight Daesh, but it has, in fact, been transporting the terrorists from one part of Syria to another and securing them.

The letters further noted that Daesh terrorists have been purged from most regions in Syria only through counter-terrorism operations conducted by government troops and allied fighters from popular defense groups.

They also criticized the so-called advocates of human rights and rule of law for turning a blind eye to the atrocities the US-led coalition is perpetrating in Raqqah and Dayr al-Zawr provinces.

Syria’s official news agency, SANA, reported on Thursday that US-led air raids had claimed the lives of at least 23 civilians, mostly children and women, in the al-Jurze Sharqi village of Dayr al-Zawr province the previous evening.

On October 11, Syrian Foreign Minister Walid al-Muallem said the US-led coalition was trying to destroy the Arab country and prolong the armed conflict there.

Muallem stated that Damascus would demand the dissolution of the military contingent, stressing that thousands of Syrian women and children had been killed by coalition airstrikes in Raqqah and Dayr al-Zawr.