TEHRAN, December 15 - A ranking IRGC commander praised the great headways that Iranian experts have made in the military industries in recent years, saying the country is now at the cutting edge of missile, drone and air defense technologies. 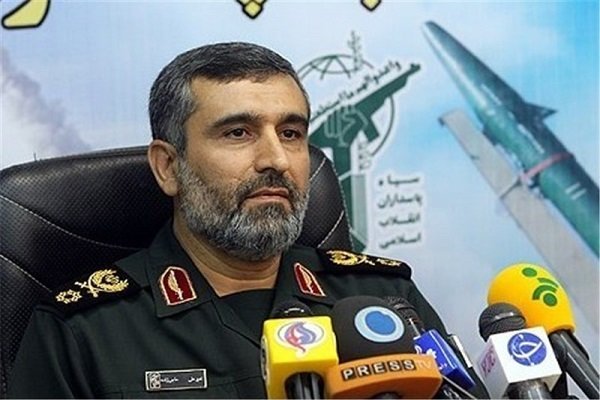 TEHRAN, Young Journalists Club (YJC) - Iran is today at the cutting edge of technology in the missile, drone and radar industries as well as the electronic warfare sphere, Commander of the Islamic Revolution Guards Corps Aerospace Force Brigadier General Amir Ali Hajizadeh said in a meeting with talented students in Tehran on Thursday.

The road to success in not an easy one, the commander noted, lauding the young local forces for helping the country’s progress in various scientific and industrial fields.

Pointing to the complexity of aerospace equipment in the world, the general said Iran is fully self-sufficient in producing missiles and drones, and hailed the country’s good level in the air defense industry.

In November 2016, Chief of Staff of the Iranian Armed Forces Major General Mohammad Hossein Baqeri said Iran has gained such great missile capabilities that enemies would not begin to contemplate attacking the country.

He further assured the neighboring countries that Iran’s missile power is only for defending its interests, saying Tehran takes pride in helping the oppressed in the face of terrorist groups and the global arrogance.