TEHRAN, December 15 -Oil prices moved up on Friday, lifted by the Forties pipeline outage in the North Sea and ongoing OPEC-led production cuts, although rising output from the United States kept a lid on markets. 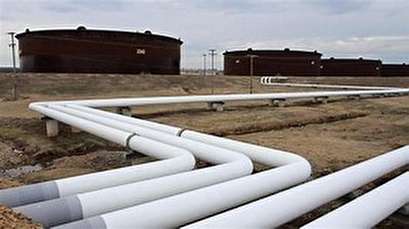 TEHRAN, Young Journalists Club (YJC) -Oil prices moved up on Friday, lifted by the Forties pipeline outage in the North Sea and ongoing OPEC-led production cuts, although rising output from the United States kept a lid on markets.

Brent crude futures, the international benchmark for oil prices, were at $63.46 a barrel, up 15 cents, or 0.2 percent, from their previous close.

The ongoing outage of the Forties pipeline, which carries North Sea oil to Britain, was the main price driver, traders said.

While the pipeline outage physically mostly affects the North Sea region, it is of global relevance as the crude it supplies is part of the supply that underpins the Brent price benchmark.

“If the duration of the outage is for several weeks it should put upward pressure on the Brent price,” Jefferies said.

Beyond the North Sea supply disruption, traders said markets were generally supported by efforts led by the Organization of the Petroleum Exporting Countries (OPEC) and Russia to withhold production to prop up prices.

Goldman Sachs said that market conditions allowed the major oil companies, which it referred as Big Oil, to enter “a positive earnings-revision cycle” and that “this should allow Big Oil to re-employ capital at double-digit returns”.

The companies usually associated with ‘Big Oil’ are BP, Royal Dutch Shell, ExxonMobil, Chevron and Total.Undermining OPEC’s efforts to tighten the market is U.S. oil production, which has soared by 16 percent since mid-2016 to 9.78 million barrels per day (bpd), close to levels of top producers Russia and Saudi Arabia.

Rising U.S. supply, driven largely by shale drilling, will likely move oil markets into a supply surplus in the first half of 2018, the International Energy Agency (IEA) said on Thursday.

“Total supply growth could exceed demand growth: indeed, in the first half the surplus could be 200,000 barrels per day (bpd) before reverting to a deficit of about 200,000 bpd in the second half, leaving 2018 as a whole showing a closely balanced market,” the Paris-based IEA said in its monthly oil market report.