US claim about Iran missile distraction from al-Quds move: Ansarullah

TEHRAN, December 15 - Renouncing US claims that Iran is supplying it with ballistic missiles, Yemen's Houthi Ansarullah movement said the accusations serve as a distraction from US President Donald Trump's recognition of Jerusalem al-Quds as Israel's capital. 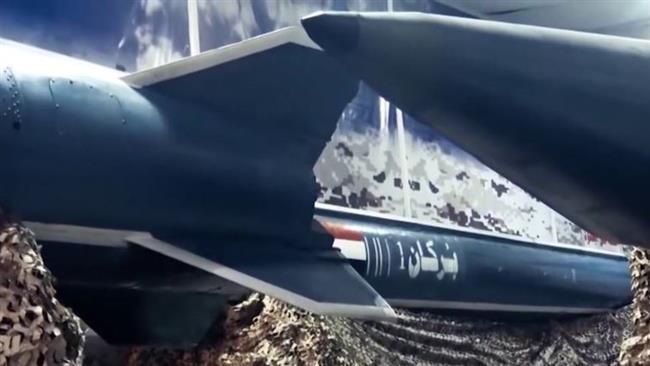 TEHRAN, Young Journalists Club (YJC) - US Ambassador to the UN Nikki Haley claimed Thursday that a missile the Yemeni army had fired at Saudi Arabia last month was supplied by Tehran.

Abdel-Malek al-Ejri, a senior Houthi official, said Thursday that Yemen had been firing missiles at Saudi Arabia during the course of the kingdom's military aggression against Yemen since it began in 2015.

"After three years of war, America suddenly finds evidence that Iran supports the Houthis," he wrote in a message on his Twitter account.

"America did not find any evidence in all the missiles fired from Yemen until now. The story is clear. They want to give Arabs a story to divert their attention from Jerusalem al-Quds. Instead of being angry at Israel, they wave the Iranian bogey," the official added, referring to Washington's push to move its diplomatic mission in Israel from Tel Aviv to the occupied city of Jerusalem al-Quds.

Saudi officials initially denied that the missile had hit the airport, claiming it was shot down by US-made Patriot missile systems designed to counter missile threats.

However, a team of American missile experts using satellite imagery, camera footage and scientific explanations proved earlier this month that the missile had indeed landed near one of the airport's runways.

Haley on Thursday showcased the debris that rained down on Riyadh during the attack, claiming they belonged to an Iranian design.

Before Haley, Saudi officials had also put on display the missile's remnants on state TV, in a bid to convince viewers that the missile was indeed shot down.

Iran has firmly denied the accusations, dismissing the arms displayed by Haley as "fabricated."

Farhan Haq, the deputy spokesman for the UN secretary general, also doubted the Saudi and American claims, saying even the UN has been unable to confirm the origin of the missiles.

"There's no conclusive evidence about the provenance of those missiles," he told reporters on Thursday, quoting an upcoming UN resolution in this regard.