TEHRAN, December 16 -The top French constitutional authority has for the second time this year scrapped proposed legislation to criminalize visiting terrorist websites, ruling in favor of civil liberties over increased security from terrorism. 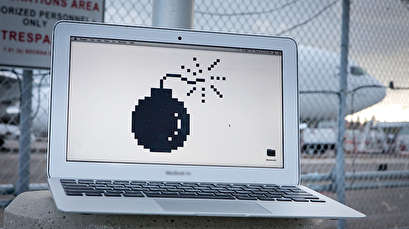 The bill proposes to sentence anyone who visits jihadist websites “without any legitimate reason” to “two years of imprisonment and a €30,000 fine.”

On Friday, the French Constitutional Council, the highest constitutional authority in France, rejected the proposed legislation, considering it “neither adequate, not proportional.” The bill violates freedom of expression and communication, the council said in a statement.

The legislation was previously rejected by the Constitutional Council in February, which prompted lawmakers to introduce changes, clarifying surfing restrictions. The latest version of the bill allows someone to visit a terrorist website if the visitor can prove it was for“public information or scientific research.” The bill was again rejected by the Constitutional Council, however.

The new legislation prompted fears it would severely limit civil liberties. Human Rights Watch, which has been vocally opposing the legislation since it was first introduced, hailed the ruling as a“welcome respite from France’s rush to adopt restrictive counterterrorism measures at the cost of rights and freedoms.”According to the rights group, the amendments introduced to the bill were purely cosmetic and did not change its nature.

The looming threat of terrorist attacks make it worth sacrificing certain liberties for the sake of safety, the bill's proponents argue.

In December 2016, before the original bill’s defeat, a 32-year-old Frenchman was sentenced to two years in jail and a fine after police discovered during a raid that he was regularly browsing pro-Islamic State (IS, formerly ISIS/ISIL) websites. The investigation then found that the suspect was using an IS flag as a cover photo on his PC and downloaded IS propaganda images, including execution videos, on his phone.

Despite accounts by family members that the man had shown the signs of radicalization, his lawyer successfully appealed to the Constitutional Court, which scrapped the law in February. However, the man remained in jail as he was sentenced for other offenses.

France has witnessed some of the deadliest terrorist attacks in Europe in recent years. More than 200 people have been killed since early 2015 by assailants who have pledged allegiance to, or been inspired by, Islamic State. In a series of coordinated attacks in Paris on November 13, 2015 alone, 130 people were killed by IS terrorists. On Bastille Day in July 2016, a truck was driven into crowds of people celebrating in Nice, killing 86 and injuring over 450.

In October this year, the French parliament approved a new controversial anti-terrorism law which made permanent parts of the two-year state of emergency enacted after the 2015 attacks. That bill caused a severe backlash over its potential to limit civil liberties. French Interior Minister Gerard Collomb justified it by warning that “nobody is safe” and France “is still in a state of war.”