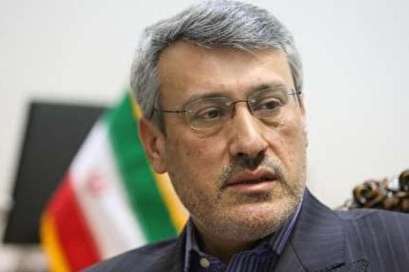 In a post on Friday, the Iranian envoy to London wrote “the US, which itself has been directly involved in killing of innocent people by exporting tens of billions of dollars of weapons to Saudi Arabia, lacks the legitimacy to seek to defend Yemeni people and discuss the need to stop arms export to Yemen.”

Baeidinejad added that the US ambassador to the United Nations, Nikki Haley, put forward a missile as background to her interview with a group of selected reporters in Washington and, with a great deal of campaigning, sought to persuade reporters that Iran had supplied Yemen with necessary missiles to be launched against Saudi Arabia.

“Nevertheless, the few pieces of technical evidence that were merely talked about by her were not enough to prove that the rocket belonged to Iran,” he continued.

The official later stressed that even in the case of proving that the missiles were Iranian, she had to prove two other things; “one being that the missile had been fired from Yemen to Saudi Arabia and not brought from elsewhere to Washington.”

“Secondly, it needs to be attested that Iran had secretly transferred the missile to Yemen only after adoption of the Security Council sanctions resolution against Yemen and not before.”

“Furthermore, Haley had to provide compelling reasons why, given that Yemen is under the most severe international sanctions in sea, air and land, Iran has managed to move a large number of these missiles there,” underlined the official, reiterating that the US, knowing she would not be able to provide solid evidence, refused to raise any of these issues.

Iran’s ambassador to Britain also emphasized that while Nikki Haley was staging the fake show against Iran, Saudis with the US weapons were busy attacking Yemeni people and causing mass slaughter.

Share to
Related News
Saudi diplomats in US go green with envy at Iran's Zarif
No alternative facts can cover up US complicity in war crimes
US claim about Iran missile distraction from al-Quds move: Ansarullah
Normalizing ties with Zionist regime aims at weakening Islamic World: Iran official
Zarif: US complicity in Yemeni war crimes cannot be covered up
US allegations on Yemen missile 'provocative', 'destructive': Iran
Saudi Arabia to allow cinemas to reopen from early 2018
Tags
Saudi ، busy killing ، Haley
Your Comment