TEHRAN, December 16 - Japanese Foreign Minister Taro Kono said that Japan supports the Iran nuclear agreement, also known as the Joint Comprehensive Plan of Action (JCPOA), and confirms Tehran has not violated the accord. 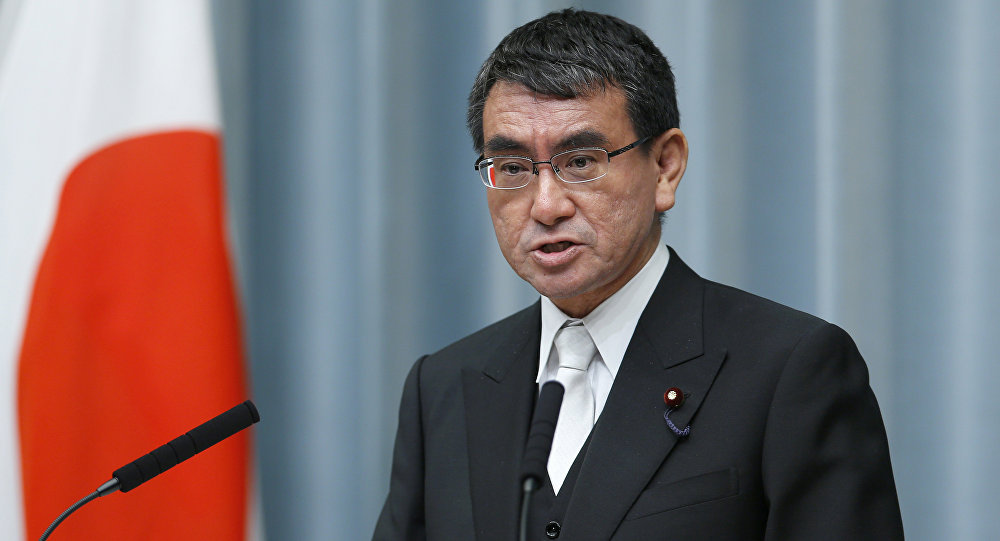 TEHRAN, Young Journalists Club (YJC) - Japan supports the Iran agreement with the nuclear deals… So far we have not confirmed any violation by Iran," Kono said during a press conference at the United Nations.

The JCPOA was signed in July 2015 between Iran on the one side and China, France, Russia, the United Kingdom, the United States, and Germany on the other. In effect since January 2016, the deal stipulates the gradual lifting of the economic and diplomatic sanctions imposed on Iran in exchange for limiting Iranian nuclear program.

"The nuclear deal is a rare triumph of diplomacy over confrontation. Undermining that would be a mistake. Europe should not pander to Washington's determination to shift focus to yet another unnecessary crisis — whether it be Iran's defensive missile program or our influence in the Middle East," said Iranian foreign Minister Mohammad Javad Zarif.

According to the foreign minister, Iranian military capabilities are only defensive, and have only been used against "a few equally heinous adversaries," namely the regime of Iraq's former leader Saddam Hussein and its terrorist allies, and the Daesh terrorist group.

Kono said that Tokyo and Tehran share a "very good relationship" and added that the status of their bilateral relationship will not hamper Japan’s actions against North Korea.

The foreign affairs minister also said Japan will continue to work with Iran so the latter will not destabilize the region.

Kono and top diplomats from the international community were in New York City on Friday to attend the UN Security Council Ministerial meeting on countermeasures against North Korea.