China to provide Iran with €40 bln finance for investment projects 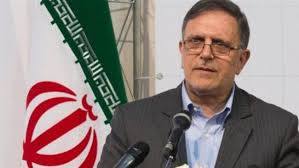 TEHRAN, Young Journalists Club (YJC) - One of the positive measures taken in Iran-China talks is a very good finance line carried out by China to be used in Iran and for investment projects, he said, adding some agreements have been made and some others are being made with China.

He said the finance is about €40 billion.

“Although some Chinese banks are cautious, Chinese officials are trying to settle (banking) problem.”

He expressed hope that banking problems between the two countries would be settled soon.