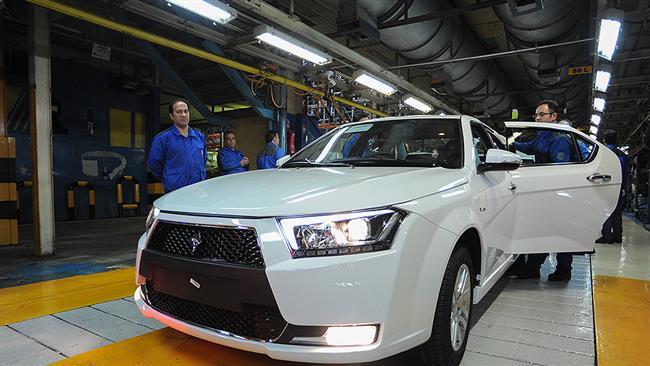 Dena Plus is an upgraded version of the Dena sedan which Iran Khodro claims offers better safety, having two more airbags.

Peugeot 207 is the same as the Peugeot 207i, with a cargo compartment added to it.

Iran Khodro produced about 15,000-20,000 units of Peugeot 207i in 2011 before production stopped the next year when Iran came under intensified Western sanctions.

PSA has signed production deals worth 700 million euros with Iran, while Renault has announced a new plant investment to increase its production capacity in Iran to 350,000 vehicles a year.

The French company has yet to start production of the Peugeot 2008 in Iran despite the launch of an assembly line in the country back in March.

Since the lifting of sanctions in January 2016, French automakers have piled into Iran’s resurgent market, helping turn around a period of slipping sales which occurred when they left the country in 2012.

On Saturday, Fars news agency cited data released by Renault as showing year-on-year growth of 54% in sales to Iran where the automaker sold 144,862 cars in the year up to November.

With US President Donald Trump having put the future of the landmark nuclear deal in doubt, Iran’s Ministry of Industry, Mine and Trade officials have tried to give assurances that the new contracts with the French automakers were watertight.

Both Renault and Peugeot withdrew from Iran in 2012 when the country came under the Western sanctions.

Deputy Minister of Industry, Mine and Trade Mohsen Salehinia said last month he was optimistic about foreign companies holding their ground in case the Americans toughened their measures against Iran.

As per the joint venture called the Iran Khodro Automobiles Peugeot (IKAP), 70% of parts for Peugeot 2008 will be supplied by Iranian manufacturers. The car’s body will also be produced by an IKCO subsidiary.

The deal requires production of more than 30,000 units this year but only four Peugeot 2008s have been produced so far, with IKCO having to import pre-owned cars for delivery from France.