TEHRAN, December 17 - In their latest brutalities, the Saudi fighter jets raided a wedding ceremony on Sunday in Ma’arib province of Yemen and killed at least 10 Yemeni women. 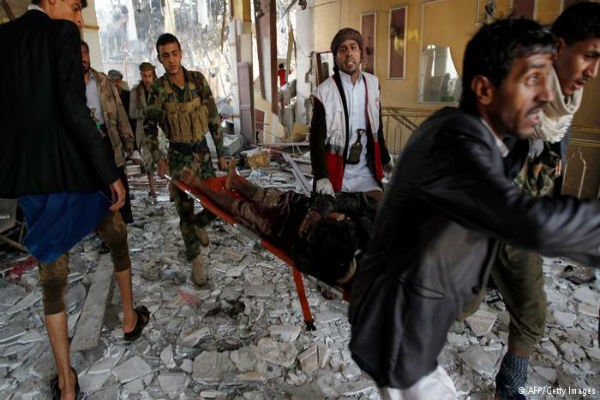 In the wake of the attacks at least 10 Yemeni women were killed and a number of others injured.

This morning also a bus carrying Yemeni civilians were targeted by the Saudi fighter jets
The fighters further raided a bazaar in south of al-Hadida province, killing 3 people including a woman and injuring 3 others.

Saudi Arabia and many of its allies have been pounding Yemen since 2015 to put its former Riyadh-friendly government back in the saddle. More than 12,000 have died since the warfare began.